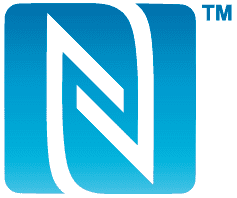 As recently as March this year VISA and Mastercard trialled a new wireless payment technology called Near Field Communication (NFC). It would allow customers to pay for products by simply waving a handheld in the vicinity of a receiver, revolutionizing the way we shop, but how long will consumers have to wait before this futuristic alternative to plastic hits the streets? Well in short, it’s already here.

NFC is a short-range (approximately 10cm) wireless technology that uses electromagnetic radio fields to transmit data a short distance from a transmitter to a receiver. The transmitter would be a mobile phone that could be activated and simply waved in the vicinity of a device that effectively acts as an electronic checkout to offer fast payment for goods and services.

One of the hurdles NFC needs to overcome before it becomes commonplace is security, and IBM has already voiced its concerns about how it could lead to increasing interest by malicious parties. Americans seem less skeptical however – a recent survey by research specialist Compete1 reports that one in four are prepared to pay for groceries with a phone, and one in five are happy to pay for clothes, coffee, cellphone top-ups and the like.

And there’s certainly an incentive from the retail side as well – Juniper Networks, BullGuard technology partner , suggest that NFC will bring in $50 billion over the next three years.

The Wall Street Journal reports that New York will be the first to adopt the technology, with retail partners such as Macy’s, American Eagle Outfitters and Subway already on board.

At the forefront of this rollout is Google, which has teamed up with MasterCard and CitiGroup to produce the service. It’ll work via Google Wallet2, an app that allows customers with compatible phones to begin using NFC. To address security concerns, a dedicated chip called the Secure Element, separate from a phone’s memory, uses MasterCard’s secure encryption technology to protect credentials as they are transferred. In addition, PIN code authorization is required to carry out a transaction in the same way as a regular card. While Google has obviously gone to great pains to secure users of the Wallet, how effective those measures actually are remains to be seen – rule of thumb is that storing credit card details anywhere with online access leaves those details open to hackers.

To encourage consumers to use the service Google plans to work in a series or promotions and discounts from associated retailers offering money off vouchers and loyalty schemes – similar to the one currently offered by Starbucks, that are sent to a phone and can be instantly redeemed in store.

You’ll need an NFC enabled phone to get involved. The Nexus S 4G, available on Sprint, is the only Google Wallet enabled phone currently, but an increasing number of new handsets are looking to include the technology as standard, suggesting that NFC is likely to become widespread much sooner than many of us could have predicted.