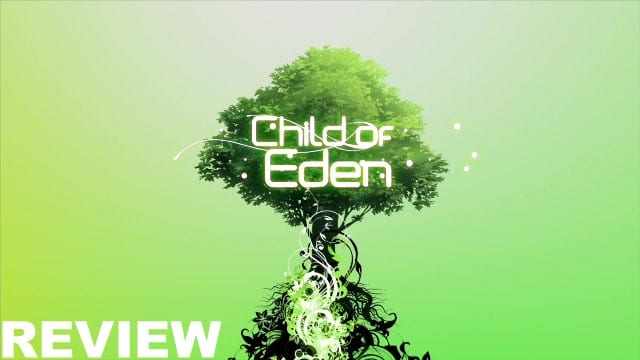 You’ve probably already made up your mind about motion gaming. Chances are you’ve already cast it off. You don’t

waggle, you prefer your sports with a controller and you definitely don’t dance. Child of Eden is here to challenge that idea. It’s an artful experimentation that not only assaults your ears and eyes, but uses the technology to tell an engaging story. Like nothing you’ve ever played before, Child of Eden is not only a great game, but could change your mind on Kinect and motion gaming altogether.

Part musical sequencer and part art project, It’s difficult to explain just what Child of Eden really is. The story revolves around trying to stop a virus from attacking Project Lumi, which would reproduce a human personality in exchange for an artificial one. You progress through the game by “purifying” items in each archive (or level). This works essentially like shooting would in any on rails shooter. You’ll take out or purify these enemies in two main ways, rapid fire shots or a lock on type gun. You’ll also have access to euphoria bombs, a powerful explosive that clears enemies.

Purifying enemies and finishing levels is incredibly rewarding, especially when using Kinect. There’s something remarkably satisfying about flicking your wrist and throwing your palm up to take out a group of enemies, but it sometimes doesn’t work out as easy as it should. A good portion of Child of Eden requires you to switch up the use of both of your hands, and the game seems to have an issue distinguishing which hand you’re using and as a result will misinterpret exactly what you want to do.

Undoubtedly the most impressive aspect of Child of Eden is how impressively the visuals work with each other aspect of the game to create a better game.  Take the level progression for instance, each of the game’s five levels (or archives as Child of Eden refers to them as) is broken up into specific aspects of life.  The Earth level for instance is made up of earthy tones and trees while the evolution level features animals transforming into other animals.  These level themes play into not only how the game looks, but how the game plays as well. 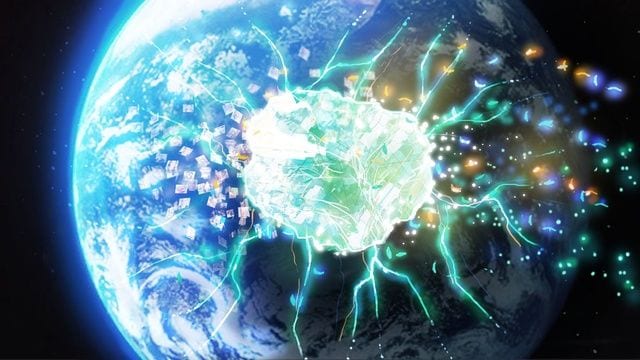 Child of Eden's visual style in like nothing you've seen before

The most impressive aspect by far is how well the music fits in with the Child of Eden experience. Starting off as rocking guitar riff and eventually rolling in to the techno style that fans of creator Tetsuya Mizuguchi have come to know. It’s also the music that keeps you in the game, as paying attention to the rhythm will allow you to time and plan your shots better.

Of course, with everything going on, you can make the comment that too much is going on with Child of Eden and it’s easy to get lost in the game’s assault on your senses. The key is to keep yourself in a rhythm to not succumb to this. Playing through Child of Eden opens up both a hard mode and a mode called “feeling eden” which enables you to play without fear of dying – it’s a great way to experience the game.

The Blast Factor: Child of Eden isn’t like anything you’ve ever played before. It’s part motion game, part shooter, part music game and all gorgeous. It’s a game that serves as a experiment of art in games, but most importantly it’s an engaging and truly unforgettable experience. Playing Child of Eden is not only the best game to feature motion control yet, it’s also a great game period.

Child of Eden is available now for $49.99 for the Xbox 360 from Ubisoft. It will be available for the PS3 later this year. A copy of the game was supplied from the publisher for this review.