LOS ANGELES — Undoubtedly, the biggest news to come out of this year’s E3 was Nintendo’s announcement of it’s brand new home console, The Nintendo Wii U. Featuring a controller complete with a 16.2′ LCD screen and classic button layout with two analog circle pads and a D-Pad; the Wii U is like nothing else you’ve played before. With the Wii U, Nintendo wanted to “remove the traditional barriers between games, players and the TV by creating a second window into the video game world.” In easier terms, the Wii U allows gamers to transfer the screen from the TV to the controller’s LCD screen. there’s a ton of other cool options like using the controller as a tablet to being able to teleconference with it as well. Check out the video below, played during Nintendo’s E3 press conference.

Pretty lofty goals huh? Blast got the chance to sit down with Nintendo and take the new hardware and its tech demos out for a test drive at this year’s E3.

At first sight, the controller looks big and bulky. While it is quite large (it’s bigger than everything we’ve seen so far, including the big original Xbox controller), but it’s surprisingly light and comfortable to hold. That doesn’t mean it’s easy to navigate. Perhaps its just because we’re not used to a setup like this, but during our hands on time with the controller, we constantly found ourselves hitting the wrong buttons and fumbling around to find exactly what we had to press. It got better after a bit of time, but the new experience definitely doesn’t come naturally.

In reality, it’s unfair to call what Nintendo showed off actual games; they’re more of tech demos. The first of these demos we were able to check out (read: it wasn’t playable) was that of The Legend of Zelda. It’s obvious that it was meant to show off the new system’s graphical power — and it worked. Miles ahead of the Wii, the demo showed Link fighting a giant spider in a church building. The image was very detailed, and we were able to switch between night and day to truly check out how the system could handle details.

The Wii U Zelda title used the new controller mostly as an inventory system, allowing gamers to switch from one item to the other on the fly. Of course, you could also flip the image to the LCD screen entirely. 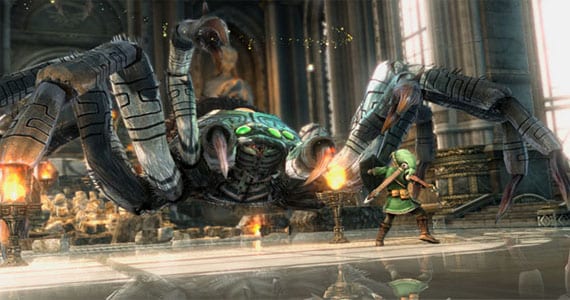 Next, we were able to get our hands on Battle Mii, a game which had one character control the ship from Metroid  using the new controller, while three other people controlled soldiers wearing Samus’ suit as they tried to shoot the ship down using Wii-motes.  Playing as the ship required us to take advantage of the game’s gyroscope by moving all over the place. It’s a lot harder than it seemed, and we found ourselves failing a lot. Playing as the soldiers was easy with the Wiimote.

We also played Super Mario Bros Mii, which played exactly like New Super Mario Bros, but allowed you to swap in your Mii characters. The key here is that the touch screen was able to render the game’s image quite well, and I found myself not even looking up to the actual TV screen much. 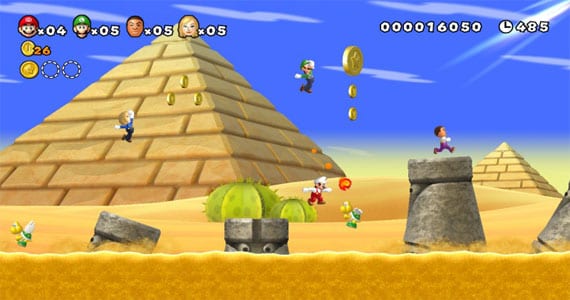 It’s really tough to say right now. Yes, it’s novel and yes, it’s new, but we saw what happened when the Wii’s novelty wore off. The tech demos were fun, but they were nothing revolutionary. The Wii U’s success will depend on a number of things, including third party support (we’ve already been promised everything from Aliens to Batman and Dirt 3), how the developers use the tech and how the Nintendo team can bring the new tech to storied franchises.