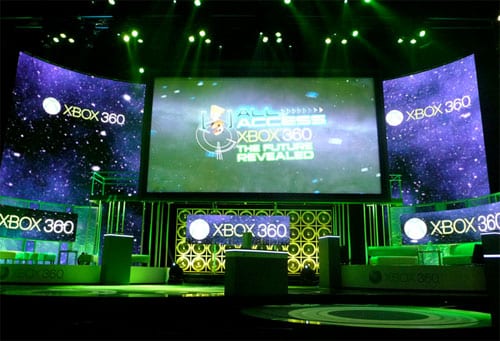 LOS ANGELES — For Microsoft and Xbox 360, Kinect is clearly the way of the future. If their E3-opening press conference is any indication, that future is woefully underwhelming.

Following an opening salvo of Modern Warfare 3 gameplay, Microsoft spent the majority of their conference demonstrating an array of new Kinect-enabled games. They featured some big name titles such as Mass Effect 3, Ghost Recon: Future Soldier, Star Wars, and Fable: The Journey but throughout their demonstrations of new Kinect controls I found myself asking “why?”

Take Mass Effect 3, for instance, which will allow players to use their voice to respond in conversations and to issue orders to their squad in combat. Is it really more efficient or effective to say those orders rather than simply hitting a button? The same could be asked for the conversation system. I suppose that using the voice interaction could heighten the immersion of the experience but without hands-on time it’s impossible to determine whether that would actually improve the game experience. Now, if the conversation system would allow you to dictate your own response as opposed to merely reading what’s on screen, then that would really be something.

Other games featured similarly pointless or clunky motion controls with the Star Wars Kinect game looking to be the most egregious offender. Light saber swings had noticeable delay and enemies more or less stood around waiting to be destroyed. And then there’s the movement issue which has obviously yet to be cleverly implemented by any developer. Star Wars handles it by giving the player a dash mechanic which sounds nice but in the demonstration led to a cycle of dashing to an opponent and then slashing in place before moving off to the next victim. Other Kinect titles, like Fable: The Journey, place the user on rails which is certainly more efficient but amounts to little more than Time Crisis with waving hands as opposed to a firearm.

One title that appeared to do some nice things with Kinect is Ghost Recon: Future Soldier which demonstrated a nifty weapon modification UI. Motion controls were used to separate guns into all of their component parts, select new options, and voice controls could load saved combinations. Their developer stated that their controls in this system were accomplishing things that would not be possible with a regular controller and for the most part that appeared to be true. However, that simple statement reveals what is really the largest issue with Kinect: developers have yet to grasp how to develop innovative controls with the device that do things a standard controller can’t instead of simply replacing already efficient methods with either motion or voice. Ubisoft clearly doesn’t have it all figured out as moments later their stage man proceeded to show off their shooting mechanic which required him to flick open his closed fist to fire each shot; /facepalm.

The other direction Microsoft has clear intentions of taking the 360 is toward the family and youth markets with titles like Disneyland Adventures, Sesame Street: Once Upon a Monster, and their Fun Labs tool suite. The Sesame Street game looks to be a natural fit with the humorous designs of Tim Schafer and the folks at Double Fine and could be a surprise hit for more than just kids. While Fun Labs might not provide endless entertainment, it did show off some promising technology that could have intriguing future game applications. Most notably was the scanning feature which allows gamers to use their Kinect to create virtual, 3D representations of real-life objects. In the future, developers could allow players to scan in their own items (say a family heirloom shield?) for use in their games.

Here’s some final quick hit thoughts to end on: