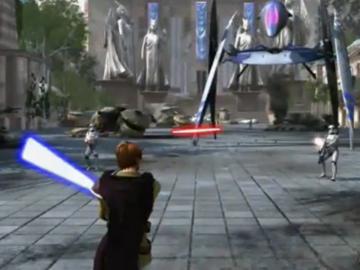 At last year’s weird E3 Kinect debut thingy, Microsoft showed off a bit of test footage for a Star Wars game powered by the peripheral. We can now confirm that the actual game will be shown at this year’s E3 next month in Los Angeles.

“Yes, Star Wars for Kinect will officially be unveiled live during the Xbox 360 E3 briefing on Spike. Tune in on June 6 for more,” gaming Journalist Geoff Keighley tweeted recently. Keighley is the host of Spike TV’s Game Trailer’s TV, which will be broadcasting the entire Microsoft press event.

Star Wars Kinect is rumored to be scheduled for a Holiday 2011 release. Stick with Blast for more information on the game and all of the E3 breaking news.