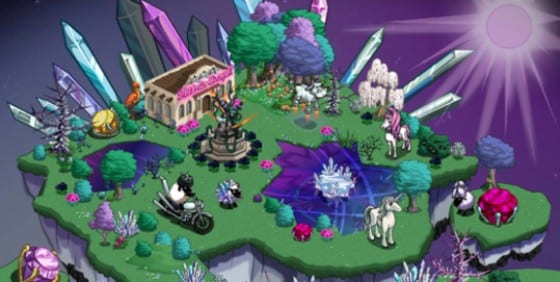 From the “a bunch of stuff that Joe doesn’t care about put together” file, Lady Gag has invaded popular Facebook game Farmville. Try to contain your excitement.

Featuring everything from motorcycle riding sheep and new crystal based plants, Gagaville’s main draw is the ability to unlock a new track from the singer’s upcoming album each day from now until May 23, when it releases.

“Everything we’ve created has been in collaboration,” said Raquel DiSabatino, Zynga’s Director of Entertainment and Media in an interview with MTV News. “From giving players a listen to unreleased songs as a reward for game play within ‘FarmVille,’ to creating daily experiences in ‘Words With Friends’ that embody the album’s messages and songs. We’ve had a lot of fun developing this program as a unique celebration of the album.”