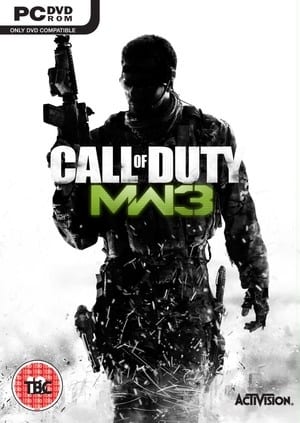 Stop me if you’ve heard this one before — Modern Warfare 3 may be revealed soon. Now I know you guys have seen everything from a countdown clock to possible magazine reveals, but this time Kotaku seems to have gotten a bit of actual information on the highly anticipated yet as of this writing unconfirmed title.

First, the image to the right is apparently the game’s box art. Nothing has been confirmed, but Kotaku’s sources, who they claim have seen the game in motion supplied it.

Also, according to Kotaku’s sources, the next Call of Duty game raises the bar for the series in terms of both scale and ambition. Reportedly, the game will take a much wider scope, and feature large destructible environments (in a possible attempt to take some of the thunder from rival Battlefield 3.

Modern Warfare 3 will continue the story played out in the first two games, and will reportedly feature a more domestic setting, much like the American levels of Modern Warfare 2; but don’t expect Homefront.

Take it for what it’s worth, we’ve seen a ton of these supposed Modern Warfare leaks before. It’s looking more and more likely that Modern Warfare 3 will be revealed at E3 next month in Los Angeles (if we even have to wait that long). Stick with Blast for more info on Modern Warfare 3 and all the E3 announcements.