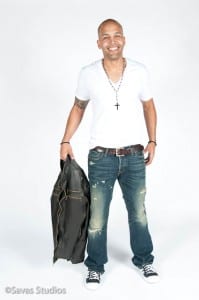 Santi Deoleo once an intern for Jam’n 94.5, now the Producer of the station’s Ramiro and Pebbles Morning Show, has started his own clothing line called Modus and will be releasing his second collection, complete with women’s clothing, by the end of this month.

Deoleo describes his whole experience with working his way up the ladder with Jam’n and finally fulfilling his passion for fashion, as “living the American dream”. Deoleo told his story of how his parents came here from the Dominican Republic and made a living. He feels he must follow suit.

“My parents worked their butts off to get where they are,” Deoleo said. “I have to do something.”

That something had to be fashion. 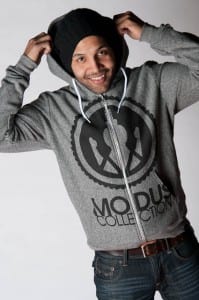 “I go home in the afternoon and work on clothing,” he said.

The designer wants to create clothes with meaning and Modus was born with its unique incorporation of chess pieces into each t-shirt. Deoleo told of his long time hobby of playing chess, thus making its appearance a personal one.

The t-shirts that make up Modus have a vintage feel as Deoleo describes.

He said, “I don’t only just want to have a cool design. I want them to be comfortable.”

Modus Girl, Deoleo’s women’s collection, is more along the lines of the kind of shirts that can be worn out to the bar, as opposed to beach day apparel. In the future Deoleo hopes to take his clothing line overseas. 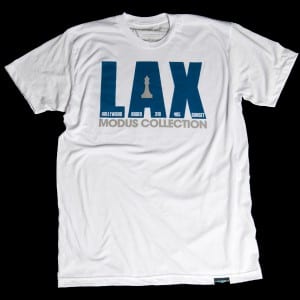 “I would love nothing more than to fly to Japan and show people my clothes,” he continued.

The morning show host at Jamn doesn’t hesitate to wear something of Deoleo’s at least twice a week, but the designer hasn’t been wearing his clothing for very long.

“I don’t feel like I’m worthy of wearing them yet,” Deoleo admitted. He claims to be a t-shirt and jeans type of guy, but he wants to emphasize that this clothing line is an example of setting out behind a passion and making it happen.

Deoleo stands behind his saying, “A prodigy is something unique, even exceptional. Modus Collection wants to help individuals express themselves and celebrate their inner prodigy.”

This and more should be anticipated in Deoleo’s prospective clothing lines.