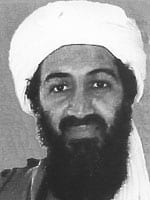 Nearly 10 years after the fateful day, the most wanted enemy of the United States of America, the leader of the terrorist group al-Qaeda and the reputed mastermind behind the September 11, 2001 terrorist attacks has been killed, and the United States has his body, President Barack Obama announced in a live television address.

Addressing to the world from the White House in an extremely rare live Sunday night news conference, President Barack Obama reflected on the 9/11 attacks and their effects in Americans.

Bin Laden was killed in a mansion in Abbottabad, about 45 miles outside the Pakistani capital city of Islamabad. American Navy SEALs carried out a helicopter attack, which killed bin Laden, one of his adult sons, and two other men. A woman was also killed after one of the combatants used her as a human shield, according to a White House source.

No Americans were killed in the attack. Obama confirmed that the Americans took custody if bin Laden’s body.

“Justice has been done,” Obama said.

Bin Laden was the face of anti-American terrorism for the past decade. The September 11, 2001 terrorist attacks are branded into the minds of every American and those across the world. The attacks and others have shaped foreign policy and resulted in two American wars.

He had been hunted in Afghanistan and in the Pakistan border region, including tribal land and mountainous caves.

Nearly 3,000 people died in the attacks, which included four hijacked airliners; two crashing into the World Trade Center in New York, one into the Pentagon, and one crashing into a field in Pennsylvania after passengers reportedly fought back against the hijackers. The War on Terror, which includes the still ongoing invasion and operation in Afghanistan, was started in the aftermath of the attacks.

The news set off celebrations around the country. In New York City, large crowds gathered, particularly around Ground Zero. In Philadelphia, crowds chanted “USA! USA” at the Phillies game against the New York Mets. Large crowds celebrated outside the gates of the White House as well.