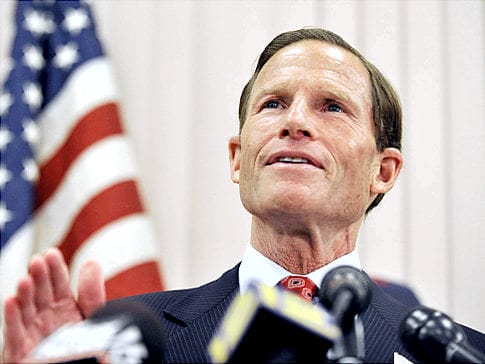 It hasn’t exactly been the greatest week for Sony. The publishing giant has been dealing with the downfall of last week’s continuing PSN outage and things keep getting worse. Now, the government is getting involved. Sort of.

US Senator Richard Blumenthal (D- Connecticut) has issued a strongly worded letter to Sony in search of answers he says Sony isn’t providing in the wake of the security intrusion. “I understand that the PlayStation Network allows users to store credit card information online to facilitate the purchasing of content such as games and movies through the PlayStation Network,” reads the letter.  “A breach of such a widely used service immediately raises concerns of data privacy, identity theft, and other misuse of sensitive personal and financial data, such as names, email addresses, and credit and debit card information.”

Blumenthal doesn’t just want answers though, he wants Sony to take care of the credit reports of anyone effected. “When a data breach occurs, it is essential that customers be immediately notified about whether and to what extent their personal and financial information has been compromised. Additionally, PlayStation Network users should be provided with financial data security services, including free access to credit reporting services, for two years, the costs of which should be borne by Sony. Affected individuals should also be provided with sufficient insurance to protect them from the possible financial consequences of identity theft.”

CEO Jack Tretton, who the letter is addressed to has yet to issue comment on the letter.