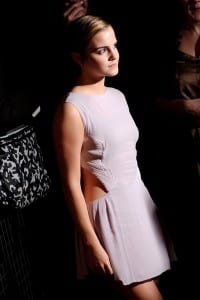 “Harry Potter” actress Emma Watson is transferring from Brown University to another college in the fall.

A spokesman for the 21-year-old actress officially denied reports that Watson was “bullied” out of the Ivy League school. However, it was said that the star has chosen to pursue a different course not offered at Brown.

Last month, Watson wrote on her official website that she would be taking a break from her studies for “Harry Potter and the Deathly Hallows.”

Watson wrote: “As you know, I love Brown and I love studying pretty much more than anything but recently I’ve had so much to juggle that being a student and fulfilling my other commitments has become a little impossible. I’ve decided to take a bit of time off to completely finish my work on Harry Potter… I will still be working towards my degree… it’s just going to take me a semester or two longer than I thought.”