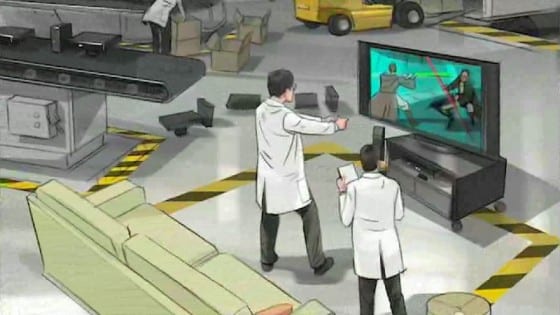 Earlier this month we told you about Anthony Daniels, the actor who played C3P0 in the Star Wars movies tweeting about the MIA Star Wars Kinect game, now thanks to an apparent survey obtained by Kotaku, we may be getting our first look at some of the game’s features.

Reportedly the survey, which also features a number of storyboard panels for an apparent commercial indicates that the game would feature light saber fighting, pod racing ( to be controlled similarly to Joyride) an perhaps the coolest possible feature; the game could let you stomp around as one of the most badass creatures from the Star Wars universe, The Rancor.

You may remember the Star Wars Kinect demo presented by Microsoft at last year’s E3 conference, which featured a, let’s say less than thrilling light saber battle with Darth Vader. Reportedly, the game has been retooled, and we’ll be getting our first look in June at this year’s E3.