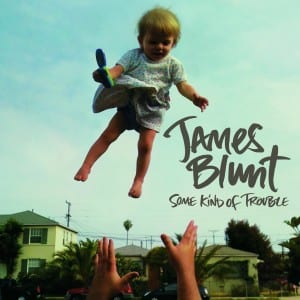 James Blunt is one of the famous world over for hits such as “You’re Beautiful,” “Goodbye My Lover,” “Wisemen,” “Stay The Night,” and “So Far Gone.”

After releasing his third album “Some Kind Of Trouble” and touring Europe from February to April, now he is getting ready for getting back on the road in the United States. Before his US tour starts, Blast got a chance to chat with him and get his unique music has been coming from.

Blast: You released your latest album “Some Kind Of Trouble” in November last year. What inspired you to make this record?

James Blunt: I’m a musician so music is my passion and it’s like how I express myself. It is kind of a means to express myself. The inspiration, you know, is really…it’s about life. It’s about human condition. It is…to be a conscious human being as well as relationships we have, and dependencies we all have in the world.

Blast: So, your whole life inspired you to make the album?

Blast: Why did you name the album “Some Kind Of Trouble”?

JB: Because it’s all about it (trouble) if you know the songs. Some of the trouble is that kind of trouble I would like to be getting into.

Blast: The first single from the album is “Stay The Night.” Bob Marley is credited as a co-writer. How did his music inspire you to write this song?

JB: Well, I just used one of his lines, [where] it says “We’ll share the shelter of my single bed.” But, yeah, I think he is an amazing performer and songwriter so you know, it’s just kind of exciting and would be pretty cool if he should’ve been writing a song with me! 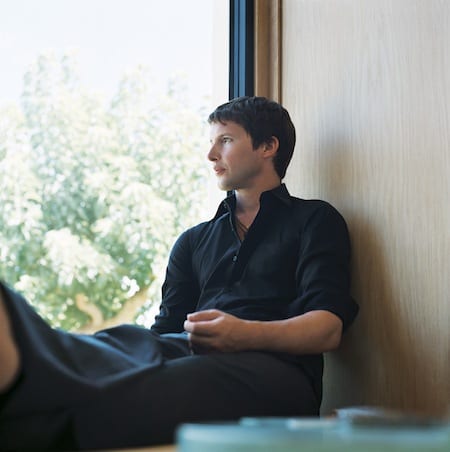 Blast: I love one of the songs in the album called “Turn Me On.” The song sounds really bluesy. What’s the story behind this tune?

JB: Yeah! That’s what I love too and that’s one of my favorites! I wrote this in about 8 hours with my collaborator Eg White. It’s a really honest and favorable expression of, you know, energy of life.

Blast: You released your debut album “Back to Bedlam” in 2005 after Linda Perry discovered you. How did she find you?

JB: She found me at the South by Southwest (SXSW) festival.

Blast: Did she reach out to you after that?

JB: Yeah, she came talk to me and gave me a record deal, yada, yada, yada…

Blast: “You’re Beautiful” from the fist album was an international hit. What was your reaction to that at that time?

JB: Yeah, like I said, I’m a musician so it’s kind of, um, helpful. It’s because it gives you time to spend to tour lots. You know, since then, I’m now with all my fans where I tour and that’s been a core incentive of my career.

Blast: I think your music sound has changed a lot since the first album. Did that happen naturally or did you get some new inspiration for the past 6 years?

JB: You know, I’ve been telling on you, to play [acoustic] guitar is just kind of, you know, a cool way of expressing myself but at the same time, it’s a bit limiting. So this time, I just picked up my old electric guitar, [was] hanging out the outside, and making noise! And, these are the songs that I wanted to write.

Blast: Your love songs mostly tell painful sad stories. But they are great because they are very honest and most people can personally relate to your songs. When performing those songs at shows, what’s usually on your mind?

JB: I’m trying just to keep a really honest performance. I’m full of energy in a show and even surprised by the energy shown from everybody, yeah, it’s an exciting concert. I’m just trying to be….I’m just trying to recall inspiration behind a song!

Blast: By opening up your true self and sharing your own experience through music, what message do you try to tell your listeners?

JB: Either way, it’s not a kind of message. I’m just… I have more questions and answers.

Blast: Is that what you try to tell them?

JB: No. I’m not trying to tell anyone, I’m just expressing myself and people can relate and connect to it. That’s something in my own head and touches other people to think and feel the same way.

Blast: You lived in England, Cyprus, and Germany when you were little. And now you live in Ibiza. How does your international life experience influence your music?

JB: Well, I guess, to me, it doesn’t matter what race or religion, what age, or sex or sexuality, the color of skin, or all of those things. I’ve been seeing [that] common human emotions have the same likes and fears.

Blast: You sold your sister on eBay a few years ago. What was happening with that?

JB: Um, you know, if you put some substance to sell, you can make good money from it online. 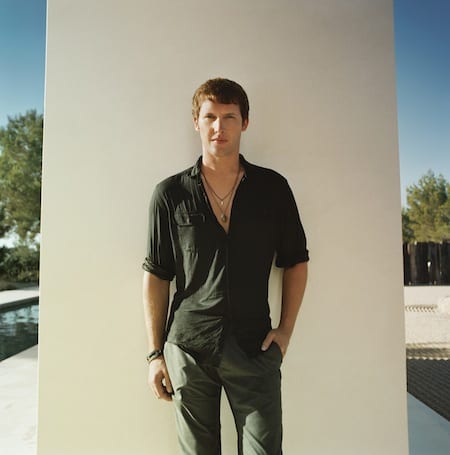 Blast: Yes, but you don’t want to sell your sister though?

JB: Um, yeah, you can! If you can make money out of it, you might do as well! (Laughs) I have the second sister I’m trying to sell too!

Blast: OK. (Laughs) So, you just finished your Europe tour on the 9th. How was it?

JB: We had an amazing experience touring Europe and the UK. And, we are getting to the States now. We’ve just got a 3-day break, so that’s what it is now before the US tour. So, I’ve just had a couple of days just to wash my head.

Blast: You will kick off the US tour on the 20th. What kind of James Blunt can we get to see there?

JB: You know, it will depend on the stage and it’s gonna be full of energy and excitement! It’s gonna have emotional, um, really depends but, highs and lows. [For] some of the sad songs, people might know from the singles but [there will be] emotional and really upbeat energetic tracks too!

*James Blunt tour dates in the US*