Warner Brothers announced today that Oscar-winner Marion Cotillard and Joseph Gordon-Levitt have joined the cast for the upcoming third installment in the Christopher Nolan-led Batman franchise, “The Dark Knight Rises.” 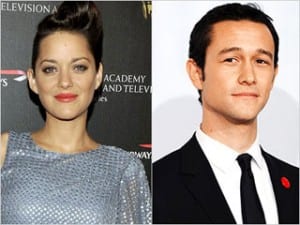 Gordon-Levitt’s casting was leaked weaks ago, and entire stories have circulated as to what his character was.

Cotillard’s casting comes after months of speculation that the film was looking to add another female lead after the casting of Anne Hathaway, who will play Selina Kyle (and presumably Catwoman).

According to a press release, Cotillard will play Miranda Tate, described as “a Wayne Industries board member eager to help a still-grieving Bruce Wayne [played by Christian Bale] resume his father’s philanthropic endeavors for Gotham.” Gordon-Levitt will play John Blake, described as “a Gotham City beat cop assigned to special duty under the command of Commissioner Gordon [played by Gary Oldman].”

Most will notice, this now rounds out the cast of “Inception” appearing in the Nolan Batman franchise. Cotillard and Gordon-Levitt’s co-star Tom Hardy has also been cast in “The Dark Knight Rises” as Bane.

While the casting notice describes Cotillard as playing Miranda Tate, speculation has run rampant that the second female lead will ultimately be Talia Al Ghul, daughter to Ra’s Al Ghul, the villain from “Batman Begins.”

Fans will have to wait until next summer to find out.

Hey, follow me on Twitter. You’ll get breaking news, sports commentary and maybe I’ll tell you my favorite song from Oklahoma!