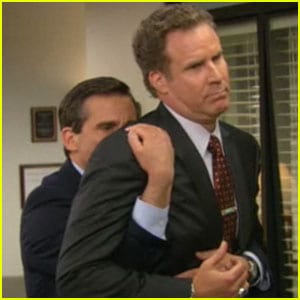 Will Ferrell began his stint on “The Office” Thursday night, as the countdown to Steve Carrell and Michael Scott’s exit comes to just two weeks.

While Ferrell and Carrell showed nearly instant chemistry, the episode that followed didn’t live up to the hype, prompting the question, can this series survive the exit of its star?

Ferrell portrayed DeAngelo Vickers, and while he wasn’t quite as vapid as Michael Scott, he’s still crazy in his own way, perfect for this nutty little universe “The Office” has created.

But in that, the show goes wrong. Instead of taking an opportunity to change the pace with the boss of the show, they keep going in the same direction, just with a different high-profile comic. Instead of trying to evolve the jokes, it’s more of the same-old, ridiculous and awkward situations created by the boss.

Michael Scott and Vickers take an immediate liking to each other, that is until the rest of the office loves Vickers. No one goes more out of character than Darryl, who goes to great lengths to impress the new boss, for reasons that aren’t exactly clear. This all makes Michael a little jealous, prompting him to attempt to one-up the new boss.

Vickers himself causes more than one situation that are somewhat humorous, but ridiculous. No boss would have these traits, at least not one who continues to find gainful employment. While Michael Scott’s unlikely rise has always had some basis in his strange effectiveness as a salesman, we don’t really get an explanation why someone with such strange eccentricities like Ferrell keeps getting work.

Ferrell’s got more episodes this season, including a few after Carrell’s last episode. But here’s hoping for a different boss, because this one didn’t exactly feel right.