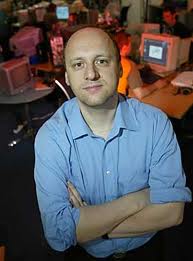 Meet David Cage. He created Heavy Rain. He’s also really, really proud of it. So much so that he’s willing to put it over other games in interviews, even games that haven’t come out yet. Games like rockstar’s  L.A. Noire.

Specifically, Cage said that he was “unimpressed” with the facial scan technology in L.A. Noire during a recent interview with CVG.

“What to say about L.A Noire? I think it’s an interesting solution to a problem for now. But it’s also an interesting dead end,” said Cage. “That’s exactly what I feel. Their technique is incredibly expensive and they will never be able to shoot body and face at the same time.”

So just what does Cage think is the future? Why the motion capture that his studio, Quantic Dream is doing of course!  Apparently their new tech does both head and body, as opposed to the L.A. Noire tech which only scans the face.

“We are doing that now [at Quantic], and our next games will be shot with performance capture,” he explained. “We see a huge difference between shooting the face and body separately and shooting everything at the same time. Suddenly you’ve got a real sense of acting that is consistent. You can’t imagine how related what you say with your face is to what your body does.”