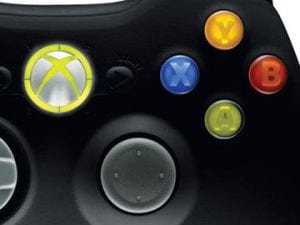 When Microsoft announced earlier this week that they were testing a new disc format for the Xbox 360, the internet went into a tizzy. It had to be blu-ray! It’s just gotta.

The new format, announced on Major Nelson’s blog is the same type of disc, just with an added 1GB of storage built in. According to a well placed industry source at Digital Foundry, the extra space would give developers a lot more freedom when developing for the platform. ” The maximum space allocated to game data on the current disc format is just 6.8GB out of a maximum of 7.95GB on a standard dual layer DVD, with over 1GB dedicated to a DVD-Video partition that also contained anti-piracy security sectors.”

Just how bad is the Xbox 360 storage issue? Real bad. Like, last generation bad. “”Astonishingly, this meant that the last generation PlayStation 2 had a higher level of raw storage available to games developers than the newer Xbox 360,” the source told Digital Foundry. It seems that this video partition has either been drastically reduced or omitted completely in the new format Microsoft is looking to roll-out.”

Want to be one of the first to check out the new disc format? Major Nelson announced an open beta to anyone who registers and is accepted. Those who are qualified will receive a free copy of Halo: Reach in the new format. Check out all the details on his blog.