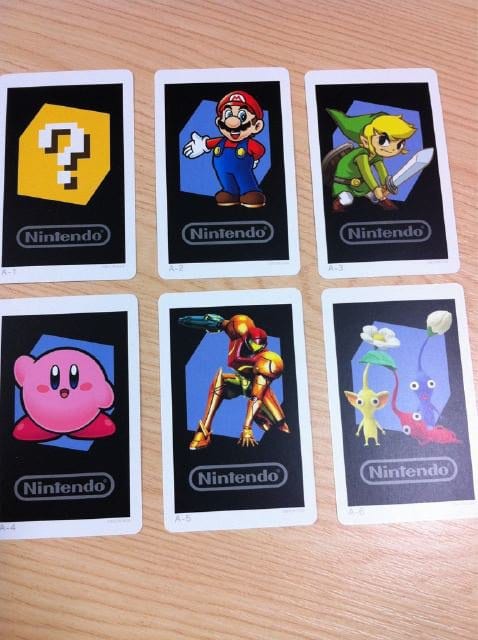 Did you guys pick up a 3DS this morning? Are your eyes bleeding from too much 3D? Well, so are ours! While the review is coming soon (we promise), we took the time to sit down with Nintendo to discuss one of our favorite parts of the new handheld, the Augmented Reality Cards.

For those who have yet to get their hands on the new system, the cards are a pretty unique little feature. As Nintendo of America’s Assistant Manager of Public Relations David Young puts it, ” Augmented reality is when a screen shows a live image of something with superimposed graphics, text or animations that appear to interact with the actual environment. Nintendo 3DS comes with six special cards, called AR Cards, for augmented-reality games and tools.”

Sounds technical. So just what does that mean for the user?

“Users take the included cards and place them on a flat surface. The Nintendo 3DS camera reads the cards and superimposes images and animations onto the scene,” Young told Blast. “So for instance, users might point the camera at a card on a tabletop, only then to see a dragon popping out of their kitchen tables. Users will have fun exploring the different augmented-reality functions that really showcase the 3D images and other functions of Nintendo 3DS.”

It would be understandable to look at the AR cards as a sort of gimmick for the new system, but Young says that Nintendo is very optimistic that developers will be successful in integrating the technology into future titles. “Nintendo is constantly working to create new experiences that appeal to a wide range of consumers, though we expect many developers may also want to create their own cards featuring characters or images that are specific to their franchises or games.  Developers could use AR Cards in a variety of ways, such as requiring players to solve a puzzle or shoot a bad guy. They could use the cards that come with the system or make their own cards, specific to their games. It’s up to each developer to decide. History has shown that developers always find creative ways to make use of all of the functions of our game systems. While we don’t have anything new to announce at this time, we look forward to seeing lots of imaginative and highly entertaining content for Nintendo 3DS in the future.”