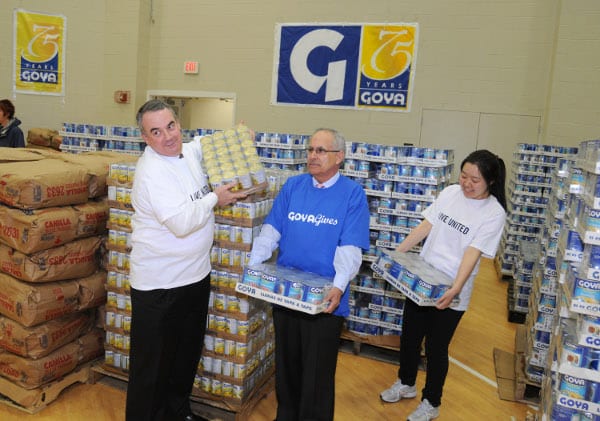 Goya’s donations to local food banks in Boston, Chelsea, Lawrence, Lowell, Lynn and Quincy on March 16 were part of a larger initiative, the Goya Gives campaign, in which Goya and the United Way donated one million pounds of food across the nation, enough to feed three million people. The company’s philanthropy also extended to other parts of the world, with the donation of 75,000 pounds of food sent to troops serving overseas and 100,000 cans of coconut water sent to victims of the earthquake and tsunami in Japan.

Robert Unanue, president of Goya Foods, said, “Giving has always been an integral part of our culture, so as we celebrate our 75th anniversary, we wanted to give back to the communities that have always supported us. At a time when millions of Americans are facing food insecurity, this donation reinforces our commitment to aiding in the fight against hunger, so we thank United Way for helping us execute this day of giving.”

For more information on the Goya Gives campaign and to donate to the United Way, go to www.goyagives.org.