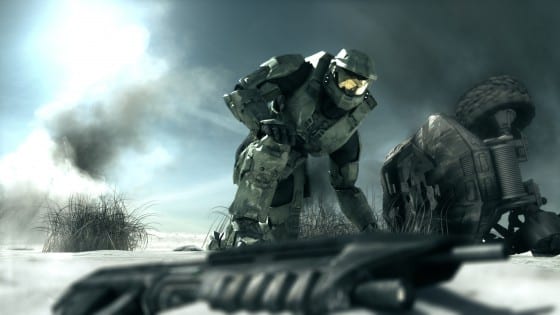 In a recent interview with CVG.com, Frank O’Conner, creative director of 343 Industries, who Microsoft put at the helm of the Halo series following Bungie’s departure says that the next game in the long running shooter series is going to feature dramatic innovations.

Citing the series constant evolution, O’Conner says that the next game in the series must “go deeper” than any before it. “Bungie tried to reinvent the Halo series every time,” he told CVG. “If you think about it, with Halo it was about putting the controls on the sticks, which hadn’t been solved properly. With Halo 2 we recreated the System Link, LAN party experience on Xbox Live and that wouldn’t have happened if it hadn’t been on Xbox… So there are a lot of things that comes from partnership with the hardware and platform guys, and a lot of innovations come through necessity, which is going to continue to happen with us.”

Don’t worry though, 343 isn’t setting out to reinvent the wheel when they take over the Halo franchise (presumably later this year with a 10th anniversary HD re-release of the original Halo: Combat Evolved), and thinks that the game’s core mechanics will stay the same. “Ultimately the core game mechanic and strength of the universe doesn’t need to be changed, it just needs to be taken deeper. We want to make Halo games – we don’t want to make Call of Duty or Ridge Racer. We want to make Halo games because we understand what’s special about Halo.”