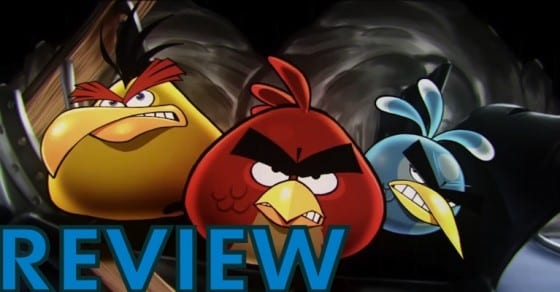 I wanted to write this review about how Angry Birds, Rovio’s mobile game that’s become a major cultural icon had finally jumped the shark. About how the game’s flirtation with Hollywood in it’s partnership with the upcoming family film Rio had finally done it in.

Somehow, Angry Birds: Rio is just as fun, if not more so than the original or it’s quasi-sequel Angry Birds: Seasons.

Featuring more detailed graphics and sound, the latest chapter of the Angry Birds saga may seem like a cheap whore-out for a semi-related movie, but it’s still just as addicting as ever.

If you’ve somehow missed the Angry Birds phenomena totally, the game is built on simple mechanics. Using a sling-shot and a nice set of physics, you launch a number of birds, each with different abilities into structures in hopes that they topple over and crush your enemy pigs. It sounds quite simple but as evidence by just how many people have downloaded the game — it’s quite addictive as well. In Rio though, the pigs are nowhere to be found, instead you’re smashing these structures in order to free caged birds (eventually leading up to the main characters from the film) and eventually take out monkeys. 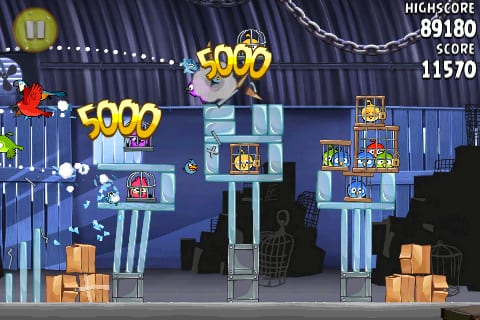 Rio features 60 stages with a boss fight thrown in for good measure, and while that’s not even close to the amount of stages in the original game, it’s clear from the menu screen that Rovio intends on adding levels soon. What’s most interesting perhaps about Rio is that there’s a decided learning curve thrown in that was absent from the original. Yes, the game is a bit easier, especially in the beginning of the game, but it’s a smart move by Rovio since the game is likely to picked up by a lot more younger games thanks to its association with the film.

The visuals in Rio have also been upgraded from its predecessor. It may seem trivial, but the caged birds lend a much needed sense of color to the environments, which have also been spiffed up with a more detailed overhaul.

The Blast Factor: You already own Angry Birds, hell you probably already have it on multiple platforms, but I still can’t help but recommend Rio. It’s a slightly updated version of a game that’s become much of a cultural phenomena, plus what else are you going to play on the john?

Angry Birds: Rio is available now for iOs and Android operating systems from Rovio. This review was based on the Android OS version of the game, a code was provided from the developer.