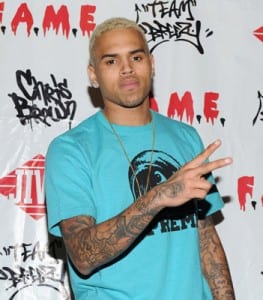 Chris Brown lost temper in his dressing room at “Good Morning America” and broke a window with a chair.

Robin Roberts had hounded him about his attack on Rihanna.

Brown appeared on the show Tuesday morning in order to promote his new album, “F.A.M.E.,” which came out on the same day. However, Roberts repeatedly asked him about the 2009 attack on Rihanna even though Brown told her, “This album is what I want them to talk about and not what happened two years ago.”

After the interview, Brown performed. He was scheduled to perform another song but he went to his dressing room and started smashing things, the source reported.

ABC News released a statement and said, “As always, we ask questions that are relevant and newsworthy, and that’s what we did in this interview with Mr. Brown.”

The singer tweeted after the incident, “I’m so over people bringing this past s**t up!!! Yet we praise Charlie sheen and other celebs for there bulls**t. Thank you to everyone who supports my music!!! Key Word (music) !!! Love y’all. All my fans!!! This album is for you and only you!!! I’m so tired of everyone else!! Honestly!! I love team breezy!!”