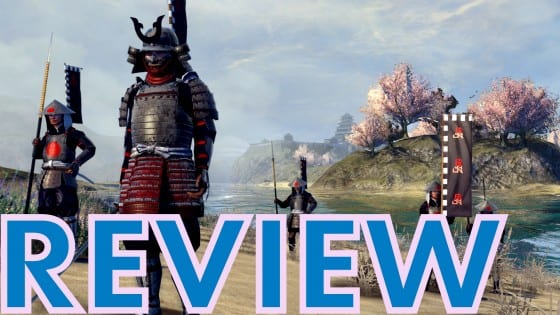 In 1603, Tokugawa Ieyasu rose to claim the title of Shogun in Japan after leading his clan to victory in the Battle of

Sekigahara. That battle was the culmination of the Sengoku period, a time when the clans of Japan grappled for supremacy and the power to rule over the entire nation. Total War: Shogun 2 recreates the Sengoku period by providing control of a single clan in an attempt to rewrite history by unifying all Japanese territories and claiming power. It succeeds resoundingly in its goal to recreate the experience of a daimyo’s rise to Shogun by delivering a fun and historically accurate war game.

What has separated the Total War series from other strategy games since the original Shogun: Total War was released almost 11 years ago is the unique blend of turn-based and real-time strategy elements. The campaigns are played out in a fashion similar to those of theCivilization series with territories and armies being managed in a turn-based system. However, in a significant departure from the detached battles of other turn-based games, Shogun 2 provides the opportunity to resolve each confrontation in real-time which functions as a game within the game.

The campaign begins by selecting one of nine different clans. Each of the clans comes with different special abilities, such as bonuses to a specific unit type, and a unique starting location that determines how difficult the early stages of the game will be. The game uses real clan names, symbols, unit art, and city locations which provide an authenticity that resonates throughout and is evidence of the attention to detail used by The Creative Assembly in development. A thoroughly encompassing in-game encyclopedia that provides information on every unit, person, and location in the game also speaks to this.

Gameplay focuses on becoming Shogun by acquiring and controlling various provinces of Japan and, ultimately, Kyoto where the Emperor keeps his home. To accomplish this task requires turn-based management of the clan, armies, and occupied territories.

Each province has a central city which is where buildings for production are constructed and military units are recruited. Capturing foreign provinces requires military force to besiege a city so the core emphasis of the game is on building an effective army. A wide variety of units are at your disposable including samurai, archers, cavalry, naval ships, and many more. Agents like the ninja and metsuke can also be recruited and used to assassinate enemy leaders or to bribe armies. Both agents and Generals gain experience which lets you tailor their skills to your preference.

There are a number of other tasks that require attention such as leveraging diplomacy, stimulating economic growth, and religious direction. Diplomacy has some particularly nice new touches beyond the usual treaties and trade agreements such as the ability to arrange marriages or provide children as hostages. More depth and noncombat victory conditions would have been welcome but the turn-based systems as they stand provide a fun, alternative strategy aspect beyond army building.

Commanding the real-time battles is a pulse-pounding experience due to the frantic action that comes from managing hundreds-to-thousands of warriors. Despite the massive quantity of soldiers taking part in each conflict, combat is manageable because of the elegant unit system and user interface. A unit of samurai warriors may contain 50-150 soldiers but are manipulated as a single entity by clicking on their banner.

Battles can get a bit hectic when managing 10-20 large units but the interface helps streamline the process. Multiple units can be grouped together with a single keystroke, hot groups can be assigned, and formations can be established that work to the strengths of the group makeup. Also, control of the game speed is thankfully provided which allows for pausing, slowing down, or speeding up the action. Pausing the game to issue orders is a great way to handle situations that have become too frantic.

One drawback to the large real-time battles is that it can sometimes be hard to accurately order melee units when more than two or three are clashing. The banners have small, similar icons that can be tough to distinguish and they also have a tendency to overlap in heated skirmishes. This can cause it to be difficult to order a unit to attack a specific enemy and often requires camera manipulation for a better view. The battle camera has been improved with WASD-style controls but these moments can still be rough.

Shogun 2 sports land, naval, and siege battles. Battlefields reflect not only the current season but also the terrain on the campaign map where the armies meet. This presents opportunities to use the land as an advantage or to surprise enemies. Naval battles make their return from Empire: Total War with slight tweaks to combat due to the different style of ships used. Most of the Japanese ships are oar-propelled making them easier to maneuver. Naval combat features new options such as laying mines but is primarily a mixture of ranged combat and boarding enemy ships and is generally a lot of fun. Sieges, which take place when either attacking or defending a city, are particularly thrilling. The greatest sense of fulfillment in the game –other than becoming Shogun, of course—comes from holding out in a siege against a force that largely outnumbers your troops.

While the conflicts in Shogun 2 are superb, the greatest strength of the campaign is the way in which it effectively portrays the balanced responsibilities a daimyo had. The game works to recreate the harrowing experience of a ruler solely responsible for all decisions affecting his clan and territories. Constructing massive cities and conquering armies is gratifying but the more subtle emotions that the game evokes make it shine. There is fear for your daimyo and his heirs as the threat of assassination from lowly ninjas is constantly present. Sadness when a General that has served long and well falls in battle. There are also moments of shock such as the appearance of pirates raiding trade lines or a tsunami striking a province; the latter is especially poignant in light of the previous week’s real world events. Political intrigue is a constant source of anxiety as allied clans may declare war at a moments notice and Generals can defect if their loyalty falls.

The Creative Assembly is able to pull off this experience with help from consistently outstanding game presentation. Nice artistic touches include the campaign map which appears hand drawn until fog of war is revealed, rice paper texturing on all interface menus, and unit cards done in the cartoonish feudal Japanese character style. The tech tree in the game is divided into bushido (warfare) and chi (growth). Even the loading menus contribute with painted Japanese scenes and quotes from classic texts such as The Five Rings and Sun Tzu’s The Art of War.

Total War games have always been impressive in their ability to render thousands of units in combat and Shogun 2 ups the ante with even more unit and terrain detail. Visuals look very good even at the ‘Medium’ setting and are stunningly beautiful on a machine powerful enough to run everything maxed out. One particular graphical highlight is the water rendering which is by far the most realistic looking I’ve seen in a game. The campaign map visuals have been improved by utilizing a combination of 2D and 3D which causes the terrain and units to stand out. Less impressive are the daimyo and advisor models whose low quality makes them come off as an afterthought. Also, some texture and geometry popping is noticeable in close-up shots such as during Generals’ pre-battle speeches but the issues are not show stopping.

The sound design conveys everything in Shogun 2 as expected but is not outstanding in any one sense. However, the music is quite good with appreciable variation. Drums pound during intense phases of battle and beautiful flowing samisen pieces provide a mellow background for more peaceful times.

One of the biggest new features in Shogun 2 is the online Avatar Conquest mode which lets players create a character to take part in conquering a persistent online game world. The avatar is fully customizable and can gain experience and bonuses as online battles are completed. Avatar Conquest mode interacts with the single player campaign in two innovative ways. First, there are a large number of achievements that are shared between on and offline play. Completed achievements provide a piece of armor and when a full set of armor is acquired a new bonus that the avatar can use is unlocked. This provides a tangible asset for achievement completion beyond pride which is a welcome gaming advancement. 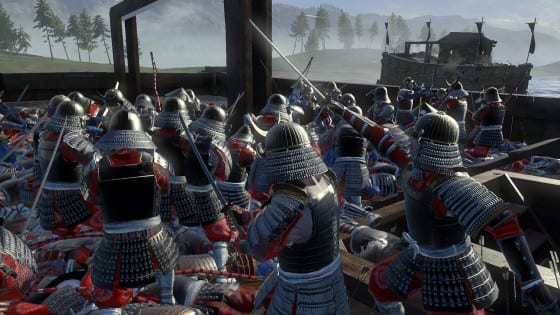 Multiplayer campaigns can be completed either competing against or cooperating with a second player. It would be nice if more players could be incorporated into the online campaigns but the limitation is reasonable due to the turn-based gameplay. Rounding out the online features are team battles, clan implementation, leader boards, and custom battles while a lengthy tutorial, custom AI battles, and historical battles complement the single player campaign.

With the lone campaign map of Japan, one concern is that Shogun 2 might get old sooner than games which can randomly generate new maps like Civilization. However, with a good selection of clans to experiment with, a nice set of single and multiplayer modes to keep things fresh, and the unique new Avatar Conquest, there is plenty to keep busy with for a long time.

Blast Factor: Shogun 2 delivers on its goal of providing players the chance to experience life as a daimyo in pursuit of total power. The turn-based gameplay may not be as deep as other genre stalwarts but it is quite fun and more than made up for with superior real-time battles that are a blast to play. Anyone who enjoys strategy games should give Shogun 2 a look and players that have even a passing interesting in feudal Japan or samurai culture should pick up the game immediately.