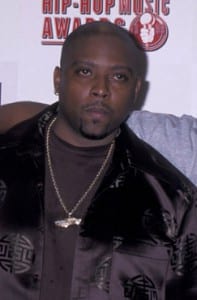 Rapper Nate Dogg, whose real name was Nathaniel D. Hale, reportedly died on Tuesday. He was 41. The Long Beach Press-Telegram first announced his death after the rapper’s family told them.

The cause of his death was not available, but he had suffered strokes in 2007 and 2008.

He was nominated for four Grammys and well-known for collaboration songs like “Regulate” with Warren G, “Area Codes” with Ludacris, “Lay Low” and “Crazy” with Snoop Dogg.

Snoop Dogg tweeted, “We lost a true legend n hip hop n rnb. One of my best friends n a brother to me since 1986 when I was a sophomore at poly high where we met. all doggs go to heaven yo homie n baby brotha bigg snoopdogg!!… RIP NATE DOGG.”

Ludacris added, “There is a certain void in hip hop’s heart that can never be filled. Glad we got to make history together.”