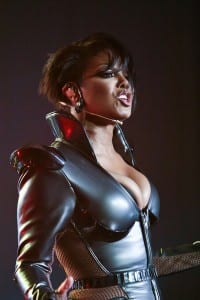 Having sold more than 100 million records worldwide, five-time Grammy award winner Janet Jackson one of the most well-known pop and R&B artists of all time.

With her countless hit songs like “Together Again,” “Rhythm Nation,” “Miss You Much,” and “All for You,” Janet is currently on the road. But it’s a little different this time. In her “Number Ones: Up Close and Personal” tour, she strongly focuses on the connection between the fans and herself at shows.

The tour also coincides with her recently released biography last month. Despite the busy schedule, Jackson kindly sat for an interview with Blast about her long journey as a fearless entertainer.

BLAST: You are currently on the road with Mindless Behavior. How is the tour going so far?

JANET JACKSON: Being onstage, performing for my fans is always fun for me. I get so much energy from them and it is great to be on tour. I talked with the kids from Mindless Behavior over the phone a few years back, and fell in love with them. I decided to have them open for me after seeing them on YouTube. They are not on the entire tour with me, but I am excited to have everyone in New York get to know them. They are so talented.

BLAST: For this tour, the venues are relatively smaller, compared to the ones where you’ve performed in your previous tours. Also, you only perform your ‘number one’ tunes this time. Is there any reason behind all these decisions?

JJ: I was at Radio City Music Hall for a private performance last year. It was so much fun. While I was on stage, I could look out and see the faces of everyone in the audience. All I could think of during the show was “this is exactly how I wanted to do my next tour, up close and personal.” I am excited to be back in Radio City Music Hall for the public dates. I just put out two CD’s from the “Number Ones” collection and that is why I have chosen the set list. The fans are really enjoying it and so am I. It has been a lot of fun!

BLAST: What can we expect to see at your shows during the current tour? Is there any surprise?

JJ: This tour is not about special effects. It is just me and my fans. I have been doing things a little different in each city. This show is a love affair between me and the fans.

BLAST: You’ve released 10 studio albums so far, and even your recent greatest hits compilation album, Number Ones, has 34 tracks. Which song do you love performing the most?

JJ: I really can’t answer that. I love to sign all of them. My music is so personal to me. I write about what is going on in my life at that time so whenever I am singing these songs, they bring back special memories. 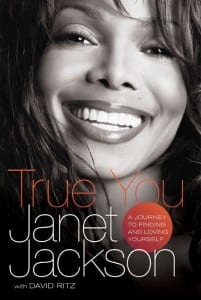 BLAST: Looking back at when you released your self-titled debut album in 1982, what do you think has driven you to keep going at full speed for so long in the music industry?

JJ: Though singing was never my first choice, I am very grateful for the success I have had. I am a very creative person and I love creating…music, tours, acting roles. I am having too much fun to quit. Besides, I still have so much more that I want to accomplish in my life and career.

BLAST: A lot of musicians are big fans of yours, and some of them grew up watching you perform. You have been a huge positive influence on the younger generation of musicians.

JJ: I am grateful to hear that. The way was paved for me by women like Lena Horne, Dorothy Dandridge and Diana Ross. I hope that in some small way, I have been able to do that for others.

BLAST: Can we get excited to listen to new music coming from you?

JJ: Absolutely. Though I don’t know what it will be yet, I plan to go back into the studio later this year.

BLAST: You released your biography book “True You: A Journey to Finding and Loving Yourself” on Feb 15. What was the main message that you wanted to convey to the readers?

JJ: I want readers, specially the kids, to know that they are perfect just the way they are. If there was a book like it when I was a kid, I would have read it. There was nothing that I really liked about myself, it was like, I was all alone, and I felt like there was nobody I could talk to. I finally did talk to someone and only then did I feel like things started to get better. It has been a long road, but I am happy with my life now.

BLAST: In the book, you talk about your struggles with weight loss, self-esteem, and relationships. Those issues are not uncommon and there are so many people out there who are not able to like themselves. If you are going to give them advice, what would you say?

JJ: I talk a lot about this topic in “True You.” If I had to say just one thing, I recommend that people find someone that they can talk to about anything. 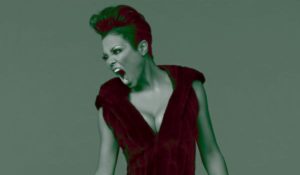 JJ: I was told that we ranked in that position. I was so surprised but grateful to everyone that supported “True You” and made that possible.

BLAST: Even though you’ve gone through a lot of struggles including what you wrote in your book, you always look fearless and shining onstage, which encourages a lot of people. How do you transform all the pain into something creative and positive through music?

JJ: Whenever I am creating my music, or a tour, I am inspired by whatever is going on in my life. It is very healing and rewarding to take those experiences, the good and the bad, and create something that is positive. I hope that the fans can relate to what I create.

BLAST: What’s the next project that you will work on after this tour?

JJ: (laughs) I have never been great at multi-tasking, but I am working on that. I am having fun with everything that I am doing right now. The CD will be my next project at the moment.

Janet declined to answer questions about her brother, Michael Jackson. Janet plays Tuesday at the Wang Theatre in Boston. She plays Mohegan Sun Arena in Connecticut on Wednesday before a Friday, Saturday, Monday stop at Radio City Music Hall in New York.