We’re approaching the finish line for the 2010-2011 network television season, and barring late surges or declines, we’ve got an idea on how each of the networks are going to make out. Check out the seasons winners and losers — thus far.

Fox: Fox took quite a gamble last year turning over three of the four members of its judges panel on its “American Idol” juggernaut. It’s paid off greatly though as the show is seeing declines of less than 10% year-over-year thus far. Fox may not be as balanced across as CBS, but the huge margins “Idol” posts over its competition three hours a week – two or more full demo points – raises its entire weekly average. 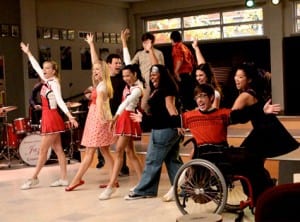 It has also nurtured “Glee” into a worldwide phenomenon and one of the top programs on television. That’s a lot from a show that early in its first season was dipping into the high twos in the demo; it now averages in the mid fours.

The post-Super Bowl spot was a waste however; “Glee” had already peaked in terms of exposure; its audience showed no increase in later episodes. Fox has to be weary now of overexposure; the show’s receiving less critical acclaim while still saturating the market. When “Heroes” followed a similar pattern, it turned out to be a flash in the pan.

The network is likely to end “Fringe,” “Lie to Me,” and “The Human Target,” all of which bring down the networks average, while trying to bring some balance to its programming outside “Idol,” “House,” and “Glee.”

CBS: Some can criticize the eye net for its procedural-based programming strategy, but none can deny its success. The show has established hits to anchor its Monday, Tuesday, and Wednesday lineup for years to come.

The two-season renewal of “How I Met Your Mother,” along with the presumed continuation of “Two and a Half Men” position it well to stay competitive in the night, along with the number one new show of the season, “Mike and Molly.”  The “NCIS” franchise keeps the network in play Tuesday, while “Survivor” and “Criminal Minds” anchor Wednesday.

The net has ceded ground on Thursday in the form of a waning “CSI,” but has positioned itself to compete in the future with the successful transition of “The Big Bang Theory” to Thursday at 8, complete with a three-season renewal. Perhaps the net is exploring a second comedy block on Thursday from the 8-10 hours?

“The Good Wife” is in decline, as is the net’s once mighty “CSI” lineup. Both are a symptom of the growing problem for networks at 10 pm. However, CBS is weathering the decline in that hour better than ABC and NBC.

ABC: Back in 2004-2005, ABC crawled out of the ratings cellar thanks “Lost,” “Grey’s Anatomy,” and “Desperate Housewives.” But the network has had limited success since then, and its franchise faces are getting old.

“Lost,” is over, and “Desperate Housewives” is showing serious withering, dropping into the mid-threes in the ad-friendly demographic. “Brothers and Sisters” has declined quickly, and is likely to be cancelled this year. 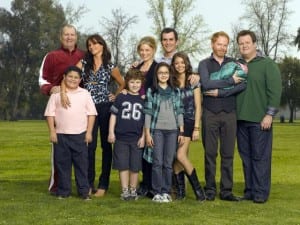 “Grey’s Anatomy” has maintained its status as one of the top programs on television, and the net has ushered in “Modern Family” into the elite status on television. “Dancing with the Stars” cycles are also amongst the most watched programming on television – despite skewing fairly old.

However, ABC been unable to develop recent hits outside “Modern Family,” leading to a slate full of aging, and quickly declining veteran shows.

“Private Practice” and “Castle” are solid performers for the net, but rarely win their hours in the demographic. The net has completely faltered Tuesday and Wednesday at 10 pm, with the failures of “Detroit 1-8-7” and “Off the Map.” ABC is also a non-factor on Friday.

ABC has poorly positioned itself, and will need to find multiple hits during pilot season to change its status next year. It has however surpassed the biggest loser this year.

NBC: The recent acquisition of NBC Universal by Comcast clouds the future of the network, but as it stands today NBC is a shell of what it once was.

NBC’s most watched show in the advertising demo, “The Office,” is in its seventh season, and has just lost its star Steve Carell. Beyond that, its fortunes fall very fast. “Parenthood,” “30 Rock” and “Law and Order: SVU” are the other successes of the network, a sad proposition. 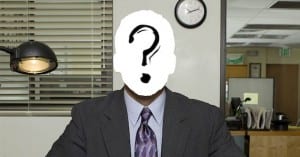 “The Event,” “Chuck,” “Harry’s Law” and “Community” are all equally poor rated, leading to a mystery as to which the network will cancel, if not all.

NBC’s only redemptive programming during the season is “Football Night in America;” it must be sweating the thought of a lockout.

How NBC goes forward is unknown after its recent acquisition by Comcast. But if NBC is ever to return to the top, something major has to happen.

CW: The network now is watched by less than two million viewers overall each week. It routinely draws less than one point the advertising demo, though the network claims to advertise to the young women demographic. Even so, it’s seen declines there as well.

The CW can tout that by percentages, it has seen one of the smallest declines of the major networks. But its viewership has shrunk so greatly that its hard to quantify how they operate.

“90210,” “Gossip Girl,” “One Tree Hill” all draw the same fairly pitiful ratings; that’s a third of their programming. “Vampire Diaries” is a bona fide hit for the network, and “Smallville” and “Supernatural” at least break two million viewers and one demo point.

What will they cancel? No idea. “Smallville” is in its final season, and “Life Unexpected” was cancelled. Beyond that, nothing is sure.