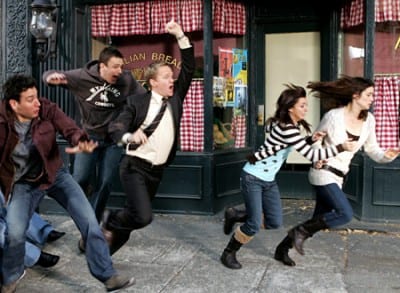 CBS is continuing its trend of multi-season renewals for its top rated comedies, picking up “How I Met Your Mother” for an additional two seasons, bringing it through the 2012-2013 season.

CBS previously offered a two season renewal to “Two and a Half Men,” and earlier this year picked up “The Big Bang Theory” for an unprecedented three years.

The deal will carry “Mother” through its eighth season; hopefully by that time Ted will have met the mother. That may be his deadline; star Jason Siegel has previously signaled the eighth season, when his current contract expires, as his likely exit.

“How I Met Your Mother” is the fourth highest-rated show on CBS, behind “NCIS,” “Two and a Half Men,” and “The Big Bang Theory.”