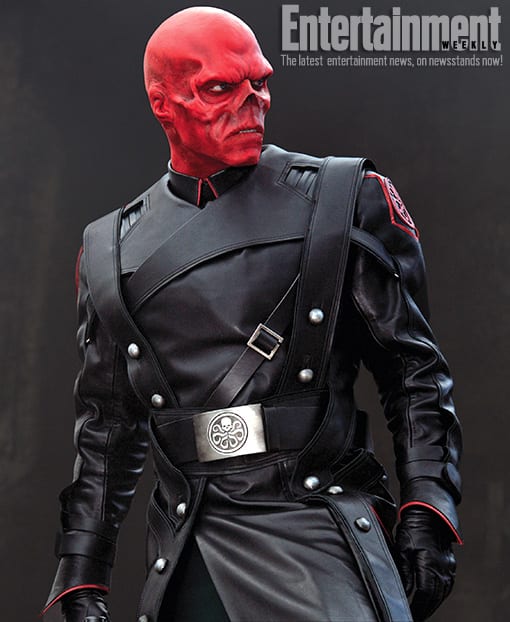 Entertainment Weekly has unveiled the first picture of the Red Skull, the main villain from this summer’s “Captain America: The First Avenger.”

The Red Skull is played by Hugo Weaving (“The Matrix”), a Nazi soldier whose scars leave him looking like…well, a red skull.

The Red Skull is one of Captain America’s oldest and most iconic villains from the comics. And it certainly looks like they’ve done a good job creating him.

What do you think, are you excited for “Captain America: The First Avenger?”