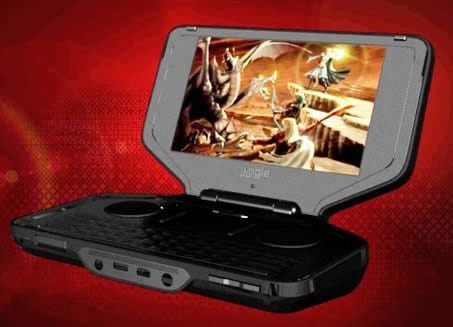 Remember about five months ago when we wrote about how Panasonic is releasing a brand new handheld called The Jungle? Remember all that talk about full fledged MMOs on the go and Panasonic not being afraid to take on the competition?

Well, forget it. Panasonic has officially canceled all work on the so called “mean little machine.”

Citing “changes in the market and in our own strategic direction,” Panasonic confirmed the devices cancellation in a statement to Reuters.

The “changes in the market” Panasonic is likely alluding to include not only Sony’s NGP and the 3DS, but Razer USA’s upcoming Razer Switchblade, which pretty much does everything the Jungle was supposed to, but you know…better.