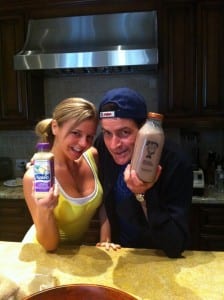 He also randomly tweeted to P. Diddy saying, “@iamdiddy Get dressed my man… sending the driver..!”