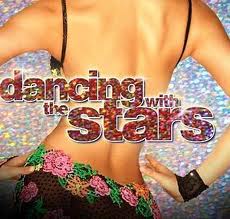 The cast was announced Monday by hosts Tom Bergeron and Brooke Burke during an episode of “The Bachelor.”