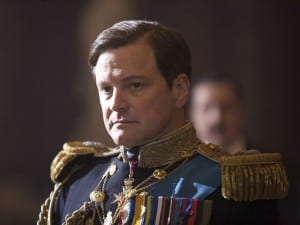 According to Fandango, “The King’s Speech” got a late-run boost in ticket sales, leading Fandango.com Monday with 21 percent of all daily ticket sales, doubling its sales since last Monday.

1. James Franco in drag making a Charlie Sheen joke (34 percent of the vote)

Fandango moviegoers were also asked to rate James Franco’s performance as an Oscar host last night, and 57 percent of respondents said it was “below average.”