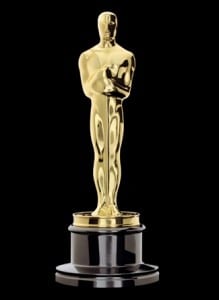 I’m thinking about ending a very long relationship with the Oscars. “The King’s Speech” looks like a lock to win on Sunday, and after that, I don’t know how much more I can take: the Academy Awards are losing their touch.

I’m an Academy Award enthusiast. I know the trivia, I’ve seen most of the movies. Not just this year; not last year–almost all the years. There have been 81 Best Pictures — I’ve seen 71. I’m intense about this.

But over the last several years, I’ve disagreed with the Oscar choices for Best Picture. The acting awards and the directing awards are great, and are a significant achievement in film history. But people forget who won these, or for what they did; a film is always the remembered for winning best picture, while those that just missed it often fail to carry greater historical significance.

It started in 2005. Even Jack Nicholson couldn’t believe the words as he announced “Crash” had won Best Picture; Jack can be seen mouthing “what happened?” to the others on stage. That was the year “Brokeback Mountain” was destined to win Best Picture; “Crash,” a small film released

nearly a year prior, stole the award. Five five years later, “Crash” fails to hold up.

I’ll give 2006 a pass; I like “The Departed,” and it was a crap shoot between that and “Little Miss Sunshine.”

“No Country for Old Men” won in 2007; a great film to be sure, but the award should have gone to “There Will Be Blood.” In 2008, “Slumdog Millionaire” gained steam astonishingly toward the end of the year. The film was greatly inflated by some strange attraction to its uplifting, but highly fictitious and implausible plot.

Last year, there was some strange bandwagon of “The Hurt Locker.” I didn’t even really enjoy that one; it certainly was not the Best Picture of the year (“Inglorious Bastards,” “A Serious Man” and “Precious” were all ahead).

And now “The King’s Speech.” Another good film to be sure. But the Oscars have a way of just tripping over themselves to award certain films, while locking out others (the critics favorites apparently). This year should have been “The Social Network’s” year. It was a cinematic achievement, and one that has more impact on the year of film, and ultimately, was the superior film for the year in most ways.

The Academy has certainly made mistakes in its more than 80 year history, even some big ones. “How Green Was My Valley” beat “Citizen Kane.” “Gandhi” beat “E.T.” “Shakespeare in Love” beat “Saving Private Ryan.” So stuff happens.

But I don’t know if I can handle such sustained missteps. And it looks like we’re going for another one on Sunday.