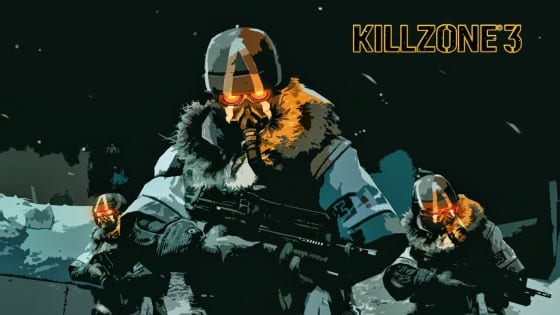 Killzone 2 was easily one of the best PS3 games of 2009, so expectations have been high for the sequel. Thankfully,

developer Guerrilla Games has taken their time to construct a superb shooter, and the result is likely to be one of the best action games of the year. Fans of new technology will especially love Killzone 3’s terrific support of both Move controls and stereoscopic 3D.

Killzone 3 picks up the saga from the previous game mere moments after the death of Helghast dictator, Visari. The ISA troops are struggling to evacuate the Helghast homeworld, after the nazi-like red-eyed stormtroopers have actually nuked their own city. You take the role of Sev, who along with his best bud Rico, are near super-soldiers who must struggle to survive against the Helghan army and the harsh environments of the planet.

Killzone 3 streamlines the gameplay enough that the action feels less like Call of Duty and more like Halo this time around. You can carry three weapons, and move more quickly, but the core shooting gameplay remains intensely intact. Helghan feels like a world on fire, and through the entire game, Sev and his comrades are consistently outgunned and outnumbered. None of this is new for a first person shooter, of course, but the way Killzone 3 expertly creates an atmosphere of intense clandestine fighting is thoroughly remarkable.

The faster pace lends a slightly less realistic feel than the previous game, but the return is a more responsive feel to the gunplay. Being able to carry a pistol, main gun, and heavy weapon gives the player far more tactical choices. Since you can always carry a heavy weapon, this adds a whole new dimension to the combat zone. The game is generally generous about supplying ammo, so you can go crazy with the rockets, chain gun, and, later in the game, an awesome energy weapon that causes its victim to explode in a massive energy surge. All the guns have a great feel, which is a major facet to the success of the overall gameplay. 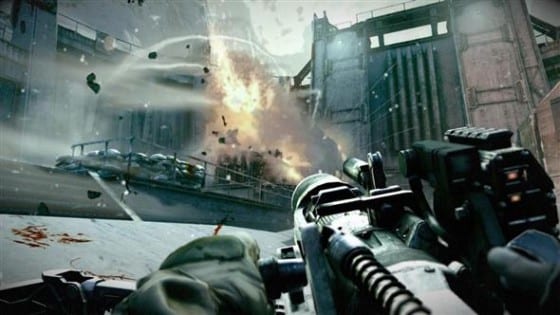 Adding to the variety is the exo suit (basically a small mech) and the jet pack. Both are used sparingly in the single player game, which is sort of a shame as they’re tremendously fun to stomp around in. The suit lets you fire off rockets and heavy machine gun fire with abandon, though it’s definitely not invulnerable—especially to tank and rocket launcher attacks.

The jet pack is really a jump pack. It launches you into the air, but can only provide lift for a few seconds. This leads to some obvious platformer-style sections, where you are leaping from one ledge to another, while fending off troopers. The sections that use these new toys are great though, and provide some of the most memorable fights in the game. There are a few on-rails sections as well, where Sev is a passenger on a vehicle and must man the weapons to mow down the enemy.

The AI of both enemy and allied troops is another impressive part of the package. For the most part, your allies are effective and useful. They’ll heal you if they can get to you in time, and actually use tactics to fight the enemy. Conversely, the enemy troops respond intelligently, use cover, and even seem to coordinate their attacks. That said, there are still times when they act like brain dead video game drones, but that’s the exception instead of the norm.

Of course, most players will want to battle it out against actual humans and Killzone 3 soars online. The main focus is still on the multifaceted warzone mode, which mixes up various game styles to create an intense online experience. There is also a more standard deathmatch mode and the new operations mode, which is a team-based attack-and-defend variation. The maps are expertly designed and the class selection is excellent. As you play, you earn experience that lets you advance your online character, earning new weapons and rank.

As expected, Killzone 3 looks and sounds amazing. The diverse landscapes look gorgeous, and the character models are realistic. The game supports both the Move controller and stereoscopic 3D visuals, and both are executed fantastically. The 3D visuals are particularly stunning, adding an amazing sense of depth to the game, although we encountered some ghosting during the cut scenes.

Move support is very well done. Far more responsive than similarly-controlled shooters on the Wii, Killzone 3 manages to make the Move a viable option for controlling the action—especially for fine-tuned aiming. That said, while you certainly could play through the whole game this way, most players will still likely opt for the standard controller, if only for comfort.

Killzone 3 certainly isn’t perfect. The main issue is the sheer volume of cinematic sequences in the single player game. The story is passable, if unoriginal and laughably melodramatic at times, but the too-frequent cut scenes break up the action far too much and hurt the pacing.

A few other old school design holdovers nag at the gameplay as well. The environments are mostly non-interactive. Not being able to use a well placed rocket to create a new path in a junk yard just seems silly. Also, splash damage is a bit wonky. Trying to hit enemies behind sandbags with a rocket is almost futile, as the rockets seem to do no damage unless you hit just the right spot.

Blast Factor: Killzone 3 succeeds despite its shortcomings. The insistence on using cut scenes to tell the overly dramatic, yet clichéd story hurts the single player game’s pacing, and there are some other outdated design decisions that keep the game from feeling truly innovative. That said, Killzone 3 works in the most important way. The gameplay is terrific, with intense, tough and thoroughly involving combat.