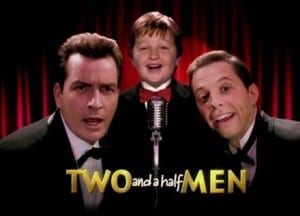 CBS has shut down production of “Two and a Half Men” for the remainder of the season, citing the behavior of Charlie Sheen.

Sheen’s antics have been highly publicized of late, from his domestic woes, his stint in rehab and dalliances with prostitutes, to his latest tirade on the radio.

“Based on the totality of Charlie Sheen’s statements, conuct and condition, CBS and Warner Bros. Television have decided to discontinue production of “Two and a Half Men” for the remainder of the season,” the networks said in a statement.

Sheen inked a two-year deal on the series before the current eighth season, making him the highest paid actor on television, making appoximately $1.2 million per episode. The show had produced 16 episodes for the season.

Despite Sheen’s antics, the show was still very highly rated. In its most recent outing, it drew nearly 15 million viewers, and is one of the top shows in the 18-49 demo on television.