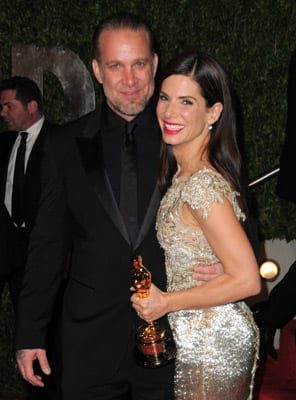 The 2011 Oscars are just around the corner, and the ever-buzzed about “Oscar curse,” which proposes that women who win Best Actress at the Oscars are more likely to get divorced than their nominated counterparts, was recently put to the test by a case study conducted at the University of Toronto.

Amy Lee’s article for the Huffington Post entitled “’Oscar Curse’ Study: Researcher Weighs In” gives us a behind-the-scenes glimpse into some of the study’s findings. The study boasts the intriguing conclusion that Oscar-winning women are indeed more likely to get divorced than Oscar-nominated women. In fact, women who win Best Actress have a 63 percent chance of having a shorter marriage than the non-winning nominees. What’s more, the Oscar “curse” does not apply to men who win Best Actor.

The results of the study draw a link between Oscar “cursed” women and those living in the real world. The study’s results suggest that it is not just Best Actress winners who are fated to divorce, but that marriages of successful women across the board are more likely to go stale than those of lesser achievers. What is perhaps the most fascinating aspect of this study, however, is not its statistical findings, but the very ground in which it is rooted: the so-called “social norm.”

The Huffington Post interviewed one of the University of Toronto’s researchers, Tiziana Casciaro, and asked her why she thought that a Best Actress win affected women negatively but not men who won Best Actor. Casciaro said that there are “Multiple possibilities. One has to do with the general social norm that kind of requires a man to have higher professional and economic status over the wife. So whenever that social norm is violated, both husband and wife may feel discomfort – could be either one of them.” She suggests that any imbalance of this accepted norm can cause disruption in a marriage that is grounded in these social roles. It goes without saying, however, that not every man and every woman strive to fulfill these gendered roles, and not every relationship is based on a man who brings home the bacon and a woman who “knows her place” in the home.

It seems as though we have started to look at this particular norm as something to be expected, something that we can accept as a standard baseline. With this thinking, if a man is successful in his profession, he can look forward to greater successes in many other aspects of his private life. If a woman is successful in her professional life, she, too, has a number of things to look forward to: a lot of money, loads of success…and the fear of divorce.

But this study’s conclusion also raises questions: Does the same “curse” apply to women in relationships in which they were the breadwinners from the get go? Furthermore, in what way might this “curse” apply to gay couples, both in Hollywood and in the real world? These questions cannot yet be answered, but with the Oscars around the corner, on Feb. 27, we soon may find out the answer to the following: Will the notorious “curse” strike again this year, as it has stricken Halle Berry, Reese Witherspoon, Kate Winslet, Hilary Swank and Sandra Bullock in the past?