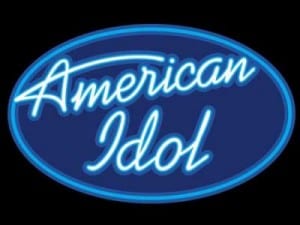 Hollywood week continues on in this lengthy two-hour episode of American Idol. It is time for the dreaded group rounds. With personalities clashing and frustration levels at an all time high, we are promised an episode full of pressure and intense drama. Some of our early favorites are slated to go home while some fresh faces are slated to shine. Warning: get ready for group rounds, that is, if you can handle it.

The harsh cuts of Day 1 and Day 2 are finally over. The remaining contestants definitely have reason to celebrate, right? Not so fast. Before they can even allow this huge accomplishment to sink in, they find themselves frantically running around in a mob of idol wannabe’s in hopes of finding a group. The 168 contestants choose their own groups, and then pick a song from a list created by the producers. Oh, and they also must figure out some type of choreography. Personally, the choreography seems to be a complete waste of time as well as a distraction for the contestants (and viewers.) Do we really care about the awkward dance moves?

Some contestants from Day 1 attempt to get a jump-start on group day by forming groups and picking songs early. Well, that isn’t very fair now, is it? The producers did not think so either. They remind everyone that the groups have to be a blend of Day 1 contestants as well as Day 2 contestants. Nice try, Day 1!

Tiffany Rios knows that if she walks up to any group, they will accept her with open arms. Not quite, Tiffany. She bounces from crowd to crowd asking if anyone needs a new member. Everyone seemingly shoots her down, leaving the girl completely group-less. Maybe it would help if she whips out her silver-starred bikini top that she so confidently adorned during her first audition. It could help, you never know. Tiffany is outraged that no one wants her and soon begs Scotty McCreery, the loveable deep voiced country boy, to take her in. Sadly, he declines as well.

Tiffany Rios steals a pretty blond girl named Jessica from the group, Sugar Mamas, because she, and I quote, “loves hot people.” Scotty McCreery is now in high demand to join other groups; however, moments later, Scotty is now left with no one. The fickleness of these contestants is riveting. Everything turns into absolute mayhem, bringing out the iniquity of idol. It always manages to find the cruel sides of our once loveable contestants. Jordan Dorsey is not exactly winning anyone over with his constant critiques of others. I think he believes that he won over Simon Cowell’s job rather than Steven Tyler. With Jessica gone, the Sugar Mamas are now left without a Day 2 person once again. Things are about to get complicated.

The producers end up allowing Tiffany Rios and Jessica to perform a duet with each other since no one else wants them. The groups all break off and go to extreme measures to get a bit of privacy (bathrooms not excluded.)

The Minors, a group of solely 15- and 16-year-olds, exude confidence and happiness. They feel that they have an edge on the competition because of their age. Young, free living, and stress free. They also come with some baggage, their mothers, who do not shy away from telling their little kiddies the truth. James Durbin (high-pitched, screamer) and his group become endlessly frustrated with the stage moms in the corner. To add to the hostility between the two groups, they both pick the same song. Though, James feels that their version will suffice.

We get a quick peak into the group, Three’s Company, which is made up of exes Rob and Chelsee as well as Jacqueline. Jacqueline’s boyfriend, Nick, was supposed to be a member of the group, however, he was sent packing after Day 1. Rob seems to constantly complain to the camera while fumbling with the lyrics as well as the dance moves. Hopefully, he can pull it together when their time to shine arrives.

Resident crazy, Ashley Sullivan, has a complete breakdown during practice. Call the ward! She is in total hysterics as she begs producers to go home, claiming that she is extremely embarrassed. Ashley, sitting somberly in a corner with her hood pulled tightly over her head, eventually quits the group and basically screws everyone over.

Jacee, the adorably pudgy 15-year-old, is soon kicked out of his group. Did anyone else’s hearts break? There is also a resident diva in town, Clint, who claims that Jacee could not hold his notes. He decides that Jacee should no longer be in the group. With no one sticking up for the sweet kid, he gracefully walks away and tells them that he understands. Poor, Jacee.

American Idol judge wannabe, Jordan Dorsey, is fed up and bails on his group in search of another. Ashley Sullivan realizes that she is walking away from the opportunity of a lifetime and rejoins her group. The Sugar Mamas spot a group-less Jacee and welcome him into their group without hesitation. Jacee is determined to learn the lyrics and make his mamas proud.

So, it begins. After watching a half hour of group chaos, the most intense round of Hollywood Week finally kicks off. The first performance is a group of three New Yorkers; it is sweet, harmonized, and beautiful. Without question, the three girls make it through to the next round. The next two groups to battle off: Jordan Dorsey’s former group, 440, vs. Jordan Dorsey’s new group, Four Plus One. Impressed with each performance, the judges agree to send both groups through. We finally start to see some talented fresh faces. Stand out singer, Lauren Turner, definitely catches my eye. Girl, can sing! Let’s just hope Jordan Dorsey can take his attitude down a notch for the next round. He is on my, well, you know what, list.

The next group up is Spanglish. They’re pretty decent, but decent does not cut it nowadays. The only two members to advance to the next round are Karen Rodriquez and Kevin Jovany. The group, Center Stage, is ready to go after Spanglish. These ladies have a few tricks up their sleeve. The creative group of four girls yank a very excited Steven Tyler out of his judges seat and onto the stage. The girls offer a cute, little serenade to the rock star. Tyler even chimes in at points. Quite the adorable performance. I think most, if not all, will advance to the next round. Though, what do I know? Clearly, not very much. Only one girl shines, an early favorite named Lauren Alaina. Her group sticks by her and continues to offer support. How, sweet.

Another early favorite, country boy Matt Dillard, breaks the cardinal rule. He forgets the lyrics. Bad, Matt. Matt is eliminated along with most of his group. One beanie clad, emo-looking, Colton Dixon, is the only one the judges keep.

The show begins to pick up speed as we sail through the next few performances. Cue the montage. It is the end of the road for Paris Tassin, a young lady who brought tears to Ms. Jennifer Lopez’s eyes during her first audition. Folky singer, Emily Anne Reed, is also eliminated. To my surprise, Aaron Gutierrez is sent home while his brother, Mark, is asked to stay.

It is time for Ashley Sullivan’s group, The Hits, to hit the stage. After a string of dreadful group performances, I am surprised Ashley is able to hold it together for so long. The Hits shock us all, including the judges, and deliver quite a nice performance. Ashley, included. The judges dub them as the best harmonized group of the day. Ashley struggles a bit with pitch, but all in all, the judges are delighted. The entire group is sent through to the next round. Ashley can now take a much-needed breather.

We are back to James Durbin’s group, The Deep V’s. Their rendition of ‘Somebody to Love’ is less than pleasing. James screams louder than a six-year-old girl in the midst of a temper tantrum. Everyone in the group is rather forgetful. James’s insane range manages to get him through to the next round along with his group mate, Caleb.

The Minors take the stage to show The Deep V’s how it is truly done. This group of young idol wannabe’s perform the same song. Let me tell you, they absolutely kill it. With their stage mommies watching from a few short feet away, each kid is better than the next. The Minors even get a standing ovation from the judges. They are all through to the next round with flying colors.

With a terrible performance of ‘Grenade,’ the judges still send three people from the group forward, including Corey Levoy. Even Corey thinks he does an awful job. He forgets the lyrics, lacks eye contact, and basically butchers the song. Corey foolishly questions their decision to send him through. Randy tells him to get off the stage before they change their minds. Contestants never learn. But, hey, I guess the judges see something in him.

The Night Owls take a risk and decide to sing acapella. Familiar faces, Julie Zorilla as well as Casey Abrams, are the only two to make it through. Other faces we have seen before, including Devyn Rush, Caleb Hawley, and Chris Medina, are next. Plus, a new face. A young guy with a big personality. His name is Carson Higgins and he manages to put a smile on all three of the judge’s faces. Good job, Carson. They are all sent to the next round besides for Devyn Rush. Devyn is not very happy with the decision, and the singing waitress is devastated.

Finally, little Jacee’s group is up to bat. Will Jacee remember his lyrics? Not quite. The cute fifteen-year-old forgets everything. Instead, he sings a new version of the song. This new version is about how Jacee does not want to go home. To be honest, it is kind of endearing. The judges ask him what happened; Jacee explains he joined the group extremely late because his other group kicked him out. The judges slowly tell each person to move forward. Eventually, Jacee is standing alone in the back. Don’t worry, though. Moments later, with tears in his eyes, Jacee is asked to step forward as well. They all make it through and Jacee is absolutely elated.

Jacee’s old group is up next. Clint, the ringleader behind operation: kick Jacee out, tries to defend the group’s decision. But, being the sincere gentlemen that he is, Scotty McCreery defends Jacee and tells the judges that he regrets not sticking up for him. Their group performance is very well done. The judges think so, too. They’re through.

The final group, Three’s Company, is up. Exes Rob and Chelsee along with Jacqueline struggle to finesse their performance. However, it seems as if Rob has already given up. The tired and dreary contestant sits against a brick wall with his head hanging low. On the contrary, Jacqueline and Chelsee are still full of pep. They also seem to have formed a nice friendship. Though, the two continue to worry about their third group member. As expected, Rob completely forgets the lyrics. The guy does not even try, so I refuse to feel any sympathy for him. His ex, Chelsee, is quite good. Jacqueline, not so much. With a loud squeal in the middle of her solo, I am certain that Chelsee will be the only one to make it. Once again, I am wrong. For some odd reason, Jacqueline makes it through with Chelsee. Rob, of course, is left by his lonesome in the back of the line. He heads home. Hey, at least I got something right.