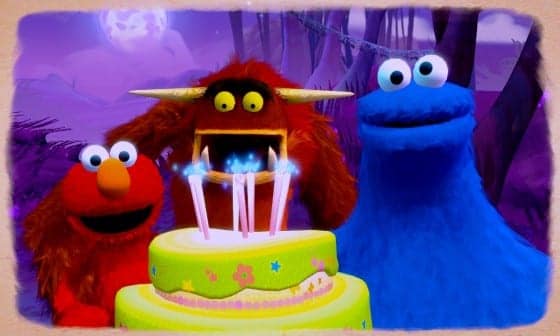 The first look at Double Fine's upcoming Once Upon a Monster

First they brought you into the world of heavy metal in Brutal Legend, then they delved into downloadable titles like Costume Quest and Stacking, now Double Fine brings you…Sesame Street?

It was announced today that Double Fine Productions will be developing Sesame Street: Once Upon a Monster for use with Microsoft’s Kinect peripheral.  The game will follow Elmo, Cookie Monster and a host of other Sesame Street characters as they adventure through an interactive storybook.

While the announcement may come as a surprise to many gamers, especially those waiting for an announcement of a core game for Kinect, Double Fine’s founder Tim Schaefer calls the game a labor of love, and the perfect project to where the team is at this stage in their careers.

“Sesame Street had a profound effect on me, and many members of the Double Fine team, when we were children. So did video games,” said Schaefer. “Now many of us are parents and we want to share with our kids the great experiences we had, but also the completely new ones made possible by cutting-edge technology like Kinect for Xbox 360. So it’s a labor of love on many levels.”

Once Upon a Monster is expected to release this fall.