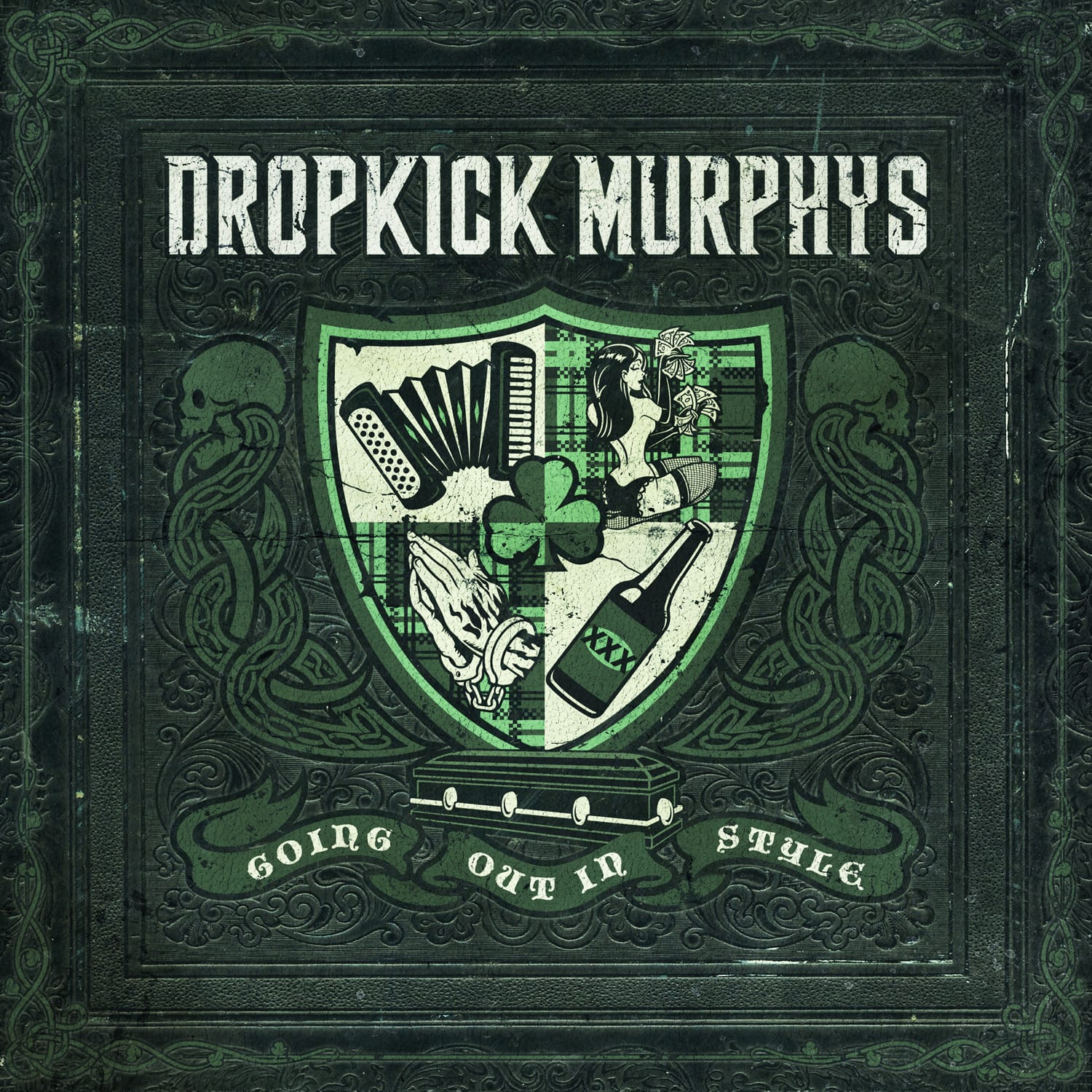 Based in Boston, the Irish punk rock band Dropkick Murphys will release their seventh studio album “Going Out In Style” on March 1st.While there are more than 8,000,000 rock bands in the world, it is still incredibly difficult to find outstanding bands out there. However, without adoubt, Dropkick Murphys is one of them.

Their passionately destructive music is based on a unique combination of a powerful voice of Al Barr, a strong bass line by Ken Casey, significant and unique chords by Tim Brennan (accordion, whistles), Jeff DaRosa (banjo, bouzouki, mandolin, harmonica) and James Lynch (guitars). Throw in a stable melody line of bagpipes performed by Scruffy Wallace, and aggressive drum beats produced by Matt Kelly and you have a creative and magic blend of Irish folk rock and punk rock, which make their music unique.

The record starts with an energetic typical Dropkick Murphys styled tune “Hang ‘Em High.” The title song “Going Out In Style” reminded me of “Captain Kelly’s Kitchen” from the album “The Warrior’s Code” because of the way Barr and Casey alternate on main vocals. It’s an interesting listen, as moment by moment since their voice qualities and singing styles are different. While Casey’s voice is uplifting, warm, and strong, Barr’s voice is aggressive as we can see the veins and blood vessels on his neck when he performs live.

Melodic track “Broken Hymns” is based on lightly rhythmical drum beats, which gives the listeners a whole new impression of the band. The unstoppably fun tune “Take ‘Em Down” focuses on the social consciousness and unwavering support for organized labor, but the song is filled with soulful excitement, despite the fact that they are singing, “Let them know, we gotta take our bastards down.” The song would possibly energize you before going to a stressful workplace a.k.a. ‘battlefield’ every morning.

One of the record’s highlights is Bruce Springsteen’s guest vocals featured in the old standard tune “Peg O’ My Heart.” The collaboration makes the song refreshing and vigorous. The catchy tune is bright and fun, especially after the slow-moving comfortable song “1953,” which is built on a consistently solid bagpipe melody with unified vocal harmonies. (No one is shouting in this song.)

Throughout the record, the Dropkick Murphys’ actively fast-paced energy is exploding so that some people might be able to feel as if they are watching the band performing live.

They are going back on the road soon, and of course will dominate the Boston’s House of Blues on the St. Patrick’s week this year too.

Show schedule in the United States