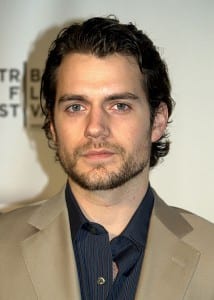 Warner Bros. and Legendary Pictures announced Sunday that Henry Cavill has been cast as Superman in the next film based on the iconic comic book hero.

Cavill is 27 and is relatively unknown. He plays Charles Brandon on Showtime’s “The Tudors.” He also stars in “Immortals,” another superhero flick, due out this fall.

Zack Snyder is directing the new Superman film, which is a reboot of the series.

“In the pantheon of superheroes, Superman is the most recognized and revered character of all time, and I am honored to be a part of his return to the big screen,” Snyder said in a statement. “I also join Warner Bros., Legendary and the producers in saying how excited we are about the casting of Henry. He is the perfect choice to don the cape and S shield.”

E! reports that Jon Hamm and True Blood’s Joe Manganiello were also considered for the Man of Steel role.

“Superman: Man of Steel” is slated for release in December 2012.