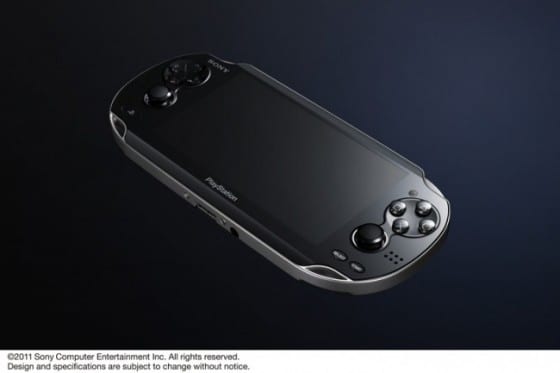 Sony shocked the world this morning by announcing a brand new portable gaming system. No one ever saw that coming. OK, so maybe it wasn’t a huge surprise when the announcement came  from Tokyo at 1 a.m. Blast time, but the machine is still one sexy piece of tech.

Dubbed NGP for Next Generation Portable, Sony claims that the device is as powerful as the PS3 console, and to prove it, they brought out Hideo Kajima to display a new version of Metal Gear Solid 4 running smoothly on it.

The NGP comes packed with a powerful Quad-core processor that reportedly makes it over four times more powerful than any handheld currently on the market. The handheld will also feature a 5 inch touch screen along with two analog sticks. Perhaps the most cool feature is a rear surface that’s touch sensitive and much like a trackpad on a laptop that’ capable of manipulating in game content and more. Expect two cameras ( one front facing and one rear) along with a brand new online gaming suite called the LiveArea.

Sony hasn’t announced a release ate on the NGP yet, but has that PSP2 versions of Uncharted Killzone, WipeOut, Resistance, Monster Hunter, LittleBigPlanet, Call of Duty, Hustle Kings and Hot Shots Golf will be available.

Stick with Blast for more on the new device as we get it.