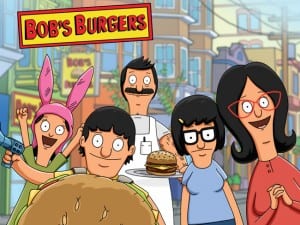 Television ratings for Sunday are heavily skewed, as the AFC Championship dominated primetime, then bled over into the “Hawaii 5-O” timeslot.

“Bob’s Burgers” crashed, one of few originals airing against the AFC Championship. The third week show drew a 2.2 rating and 4.8 million viewers, a big dropoff from its premiere two weeks ago with a 4.5 demo rating. It remains to be seen if this was a drop against a highly rated show, or if “Burgers” is already dead.

Limited data is available for “Hawaii 5-0,” but in the time period measured after the game, it was drawing a  4.6 demo rating and more than 15 million viewers. This is a great draw for a show that has been weak as of late, but the overrun of the football game will be stripped out, and final numbers are still to be seen. It also remains to be seen if the show will hold up when the highest rated AFC Championship Game in 24 years doesn’t air before it.

Final numbers are not available for the AFC Championship game, but more than 45 million viewers tuned in, and it drew greater than a 17.0–more than NBC’s demo rating for last week for each night combined.