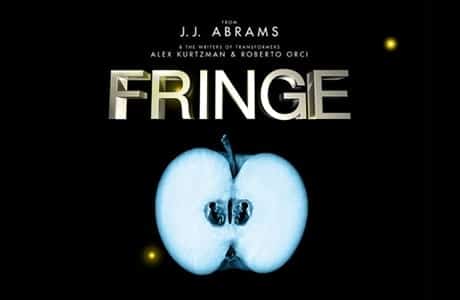 For “Fringe,” the big move to Friday is this week. What it does for the next few weeks will spell whether the show returns for a fourth season or not.

“Fringe” is on the low end of things over at Fox. “Human Target’s” ratings are pretty bad, and it looks likely for cancellation. There is little doubt that “Lie To Me”  will be cancelled with its ratings, no matter how many fans quibble over its quality.

So will  “Fringe” survive? At last weeks TCA’s, Fox exec Kevin Reilly said he would be pleased if the show retained 80% of its ratings on Friday. Since the show has been delivering in the 1.8-2.0 demo point range, that means it needs to be in the 1.4-1.6 range.

So how doable is that? Friday is a wasteland for shows–generally where networks send soon-to-be-cancelled shows or those they have little faith in (“Dollhouse.”) Even so, “Fringe” will face “CSI: New York” and “Supernatural.” “CSI” brings in a high 1.0 demo–around 1.8 normally, while “Supernatural” ranges from 1.0-1.2.

Given “Fringe’s” scheduling over the years, there’s no certainty what its potential is. It currently faces “Grey’s Anatomy,” “The Office” and the main “CSI” on “Thursday” and pulls a 1.8 normally. Without all that competition, will it go up?

In the show’s first season, when it faced less competition and was the leadout from “House,” the show regularly delivered demos above a 3.0. It’s doubtful it can return to such ratings. With DVRs, it currently hits around 2.2-2.4–so will it hit that live?

Unlikely. Friday is a heavily DVR’d night. But it’s very possible the show will remain near its current ratings on Friday, when it faces less competition, and where its devoted fans will probably follow.

But even if it maintains similar ratings–how honest is Reilly’s word?

Fox generally averages less than a 1.0 demo on Fridays, so a 1.4-1.6 would be kind of a big hit for its Fridays, and help bring their overall ratings for the week up, as opposed to down, as it does on Thursdays.

There’s a lot more questions than that though. Reilly doesn’t want to hint how close to cancellation “Fringe” is, so he gives it a benchmark. But even so, is it practical to keep a show that delivers in the mid-1.0 range?

Right now Fox can put repeats on Fridays at no cost. Sure, the nets overall ratings decline, but again, there is no cost to the network. But “Fringe” costs a few million an episode. If it were to be renewed with such low ratings, it would surely face a sizeable budget cut.

Ultimately, there are a lot of unknowns. When “Terminator: The Sarah Connor Chronicles” was moved to Fridays, there were similar overtures, and it was cancelled. “Dollhouse” didn’t survive. And there’s a long list of Friday shows that were cancelled.

“Fringe’s” first big test comes Friday. By Saturday afternoon, we’ll have a lot of the info needed to start making conjectures. But its next test will come the following week against new “Supernatural” and “CSI: New York” episodes. After that, we’ll really have a good idea. And soon, we’ll have an idea if “Fringe” will see a fourth season.