According to everyone, vampires make excellent boyfriends.

Fans of “Twilight”  believe that Edward Cullen is Prince Charming, and “True Blood”  fans think Bill Compton is the perfect gentleman. This apparently gives all vampire boyfriends permission to get away with things that would land a normal human boyfriend in jail, and with good reason.

When you look at it objectively, vampires actually make terrible boyfriends. They’re pretty much the worst possible choice of boyfriend. Vampire boyfriends do things that, were they not supernatural, sexy creatures-of-the-night, would easily be defined as abuse, manipulation, assault, and even attempted murder.

Take away the “vampire” in “vampire boyfriend” and what you are left with is an abusive boyfriend and an unhealthy relationship crying out for an intervention and legal action.

Don’t believe me? Let’s look at the vampire boyfriends from four of the most popular modern vampire stories, and judge them by their actions, not by their hotness or the ludicrous devotion of their human girlfriends (read: battered women). 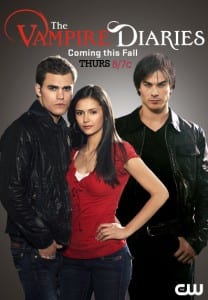 The romance of Stefan and Elena on “The Vampire Diaries” is possibly the tamest on this list. They snuggle and chat and care for the people around them. They interact normally when not faced with certain death. Neither one forces the other to go farther sexually or emotionally than they are both ready to go.

When Elena finds out that human blood will make the vegan-vamp Stefan stronger, Elena encourages him to drink a tiny drop of her own blood every day. In return, Stefan looks out for not only Elena, but her little brother Jeremy and her best friends Caroline and Bonnie as well. Aside from the whole creepy-old-man in the body of a teenager thing that all vampire boyfriends have, Stefan is actually a pretty good boyfriend to Elena. Except for two things:

1. His evil vampire brother is also in love with Elena and expresses his feelings by killing people.

2. His evil vampire ex-girlfriend is still in love with Stefan and expresses her feelings by killing people.

I’d say those are two very compelling reasons not to date said vampire. Despite Stefan’s best efforts, he proves time and again that he cannot protect Elena and the people she loves from the dangerous monsters in his life. Elena is kidnapped, beaten, intimidated, terrorized, and forced to watch as her friends and family are similarly abused… none of which would have happened if Stefan hadn’t waltzed into her life. 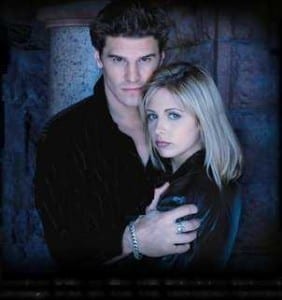 Despite being tough, smart, brave, and quick-witted, Buffy has horrible judgment when it comes to men. She dates not one, but two blood-sucking fiends.

When things are going just swimmingly for Buffy and her bi-centennial BF, everything goes wrong. Buffy sleeps with Angel, which causes him to revert to the soulless monster his fangs proclaim him to be. He hurts her feelings, laughing at her pain when he tells her that their tryst meant nothing to him. Then he runs around killing and terrorizing the people she loves. He even sketches pictures of both Buffy and her mother while they are sleeping and leaves the sketches under Buffy’s pillow to scare her. Then he tries to destroy the world, forcing Buffy to take him down. But just before she kills him he regains his soul, conveniently losing his memory of his recent evil spree, which means that Buffy has no choice but to thrust a sword through the heart of the man she loves (sword + thrusting = pretty much what he deserves).

As if destroying her innocence once wasn’t enough, Angel returns the next season as the good guy Buffy fell in love with. To save him from poison, Buffy lets Angel drink her blood. He over-indulges, sucking her nearly dry and putting her in a coma (Read: DOMESTIC VIOLENCE). To add insult to injury, he skips town after prom without saying good-bye.

Because once wasn’t enough to teach Buffy her lesson about dating vampires, a few years later Buffy hops into the sack with Spike (Even though he spent the last 150 years murdering people willy-nilly when he and Buffy weren’t beating the ever-living crap out of each other). When Buffy realizes her relationship with Spike is incredibly self-destructive, she breaks it off. Spike responds by attempting to rape her.

And Buffy never dated a vampire again (we hope). 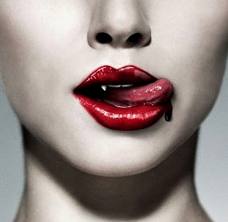 There is a lot wrong with Bill and Sookie’s relationship on “True Blood.” Let’s start with the obvious: He drinks her blood during sex. This leaves her with obvious wounds after a roll in the hay, which she doesn’t seem to mind. To put things in perspective: If my boyfriend left me with a black eye and a bloody lip in the morning, I’d pack my bags and call the police.

But this is all well and good for Sookie until Bill, weakened by blood-loss, needs to drink Sookie’s blood to heal. He over-indulges, sucking her nearly dry and putting her in a coma (sound familiar?). Her friends Tara and Lafayette try to keep Bill away from Sookie while she’s recovering, and rightly so, since the psychological damage is only beginning.

In season three, Sookie’s best friend Tara is kidnapped and raped by a psychotic vampire… in the same mansion where Bill is hanging out. Bill knows Tara is there. She even begs him to help her. Yet Bill does nothing to save his girlfriend’s best friend from being tortured. When Tara escapes, she tells Sookie that Bill never lifted a finger to help her. Sookie responds by being all “Oh noes, super sorry! Let’s hug it out!” and then runs back into her dead lover’s arms. She never so much as slaps Bill on the wrist for letting her best friend get raped when he could have prevented it.

So what does Sookie get upset about? Oh yeah: The fact that Bill was stalking her before they even met and conned her into forming a relationship with him so he could deliver her to the Vampire Queen of Louisiana as a tasty snack (But it’s cool because he fell in love with her and changed his mind… what?). That’s right. That special night you lost your virginity to your vampire boyfriend? For him it was all an act. 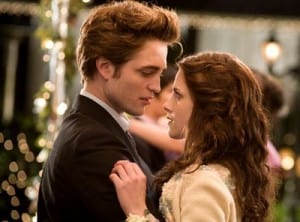 Edward Cullen’s worst crime as a vampire boyfriend is that he has made millions, if not billions of women long for a boyfriend just like him. His relationship with Bella Swann is abusive on both an emotional and physical level. It is this abusive relationship that has been glorified to teenage girls —children— through “The Twilight Saga.” Let’s break it down:

So, is Edward Cullen Prince Charming, the perfect boyfriend, or Mr. Right? The evidence suggests otherwise.

Oh, and bring it on, Twihards.