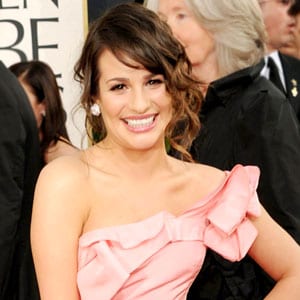 At the Golden Globes last night, “Glee” star Lea Michele was asked about her success on the show and whether a solo album was in the works.

My solo project is Glee right now!” Michele told reporters as she walked the red carpet “I love putting all of my energy into our show and our albums everyday.

Good thing to; as one of the star performers on “Glee,” Michele has helped the TV show sell more than 5 million albums and more than 14 million singles.

Michele’s career has skyrocketed from the show, which has lead to two Golden Globe nominations and one Emmy nomination for Best Actress in a Comedy. But with such a strong singing voice, no doubt questions of solo work will continue to come.