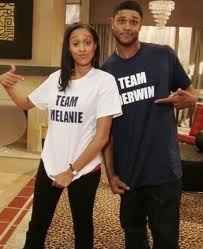 BET brought back once-dead comedy “The Game” to television last night, and set a ratings record for the network.

After a multi-year hiatus, the fourth season of “The Game” drew 7.7 million viewers on the cable network. That’s the most watched program ever on the network.

But it goes much beyond that; 7.7 million would make “The Game” one of the top-rated television shows on cable, on par with monster hits “Rizzoli and Isles” and “The Closer.”

“The Game” previously aired on the CW, created at UPN but brought over after the merger between UPN and the WB. In its last season before the CW cancelled the show, “The Game” averaged less than 2 million viewers.

So is this a fluke? Or does “The Game” have what it takes to be one of the top-rated shows on television?