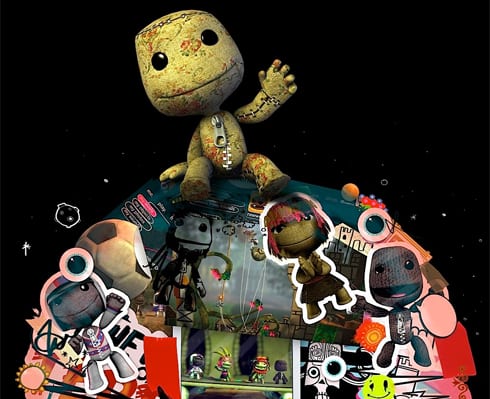 When Sony officially announced Little Big Planet 2 last year, it came as a bit of a suprise as Media Molecule’s level designer Danny Leaver was quoted as saying that a sequel to the DIY platformer wouldn’t be such a great idea. “We’d never want to do that. That’d be the most counter-productive thing you could do I think,” said Leaver. Or did he? Blast Magazine sat down with Media Molecule’s Technical Director David Smith to talk about the upcoming sequel, being the faces of creativity on consoles and that infamous quote.

Blast: So let’s talk about that quote, why is now the right time for a Little Big Planet sequel?

DS: That was a rather unfortunate misquote. He was actually saying that we would never split the community, and we kept that promise by allowing LBP2 to access the more than 3 million levels that the community has created in LBP1. Danny was rather disappointed at the time, since he was referring to the hypothetical scenario of us releasing a sequel to LBP that wasn’t backwards compatible with LBP and thus fragmented the community. Our whole approach to LBP and DLC has been to focus on what would most excite our community while making enough financial sense that we can afford to do so. It doesn’t take much imagination to think of how our community would have reacted to us making a sequel that effectively made all of their levels and hard work redundant. We really respect all of that hard work. There must have been tens of thousands of hours spent making content for LBP, so we spent a lot of coding time and QA time on ensuring the best possibility compatibility between LBP and LBP2 that we could. Because so much of LBP had to be rewritten for the sequel, this was a big undertaking.

Blast: The scope of LittleBigPlanet 2 is unquestionably larger than that of its predecessor, how does the team at Media Molecule manage to allow players such a sense of freedom and creation yet keep the experience so well structured at the same time? 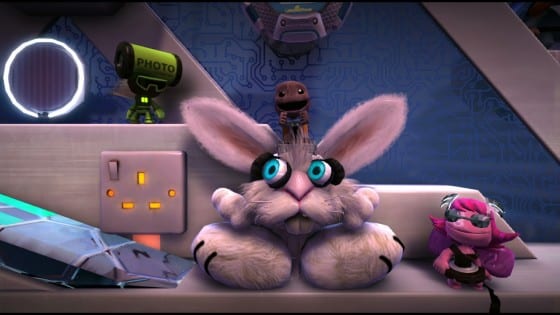 DS: A key to preventing some of the more advanced creation tools from feeling overwhelming was to retain the modularity and physicality that we focused on with the first game. By modularity, I mean that we try to give the users a relatively small number of tools that can combine together in may useful ways, rather than a large number of complex objects that are harder to understand and potentially more limited in what things you can use them for. So for example, the most complex additions in LBP2 are the Music Sequencer, AI Sackbots, and the Controlinator. Initially the Sequencer was just something for making music, Sackbots were just for making AI enemies, and the Controlinator was just for making vehicles. But we continually revised and improved these elements so that they became as useful as the other fundamental building blocks alongside things as simple as the existing blocks of wood, or motor bolts! So you end up with weird possibilities like using a Controlinator to remote control an army of Sackbots that are dressed up to look like pop stars and then using the sequencer at the end of your level to lay out the timeline for not just the music but the dance moves, lighting and camera movements for a Thriller style music video. Or use Sackbots in Controlinators to actually drive vehicles with their AI and then the Sequencer as a tool to choreograph the procedural generation of landscape ahead of the Sackbot! There are so many exciting combinations that it will really take the combined effort of our whole community to try them all out and see which ones lead to new gameplay/music/visual possibilities.

We also really tried to keep the interface consistent between all these different tools, so that our creators don’t need to waste time relearning how to edit all the different objects. Everything the player does comes down to placing physical objects in a physical world, moving them about, and tweaking a few numbers/options in these objects for more specific effects. We avoided ‘abstract’ interfaces as much as possible. Of course, some of the logic tools that we give the users can be a bit overwhelming for some of our users but we try to soften the learning curve as much as possible by keeping the interface clear and friendly. And ultimately, we really encourage our users to work together and share inventions and techniques. The new Microchips are a good example of this as they allow you to take a large amount of cleverness and boil it all down into a cute user-made gadget that can be easily shared with other users.

Blast: From the Sackbots to the ability to record and implement music, LittleBigPlanet 2 features a number of improvements both feature wise and cosmetically. How many of these ideas were originally intended to be the original game but were cut due to time restraints?

DS: In hindsight, it’s hard to recall which of these ideas we were planning on doing for LBP but dropped due to time constraints. Regardless, I think we set ourselves enough of a challenge with the feature set of the first game! Lots of the new LBP2 features were quite specifically asked for by our community, often after we’d planned on doing them anyway, so that was very important to keep us feeling justified in doing a sequel and on the right track regarding the needs of our community. It was heartening and sometimes surprising to see discussions on forums where people were suggesting big new features but then suggesting that there was no chance that they’d really happen. I hope a lot of these people are pleasantly surprised at how aligned we are with their needs. A lot of the challenge was empowering people to do all these cool new things, but in ways that fit the LBP style and so feel cute rather than clever. 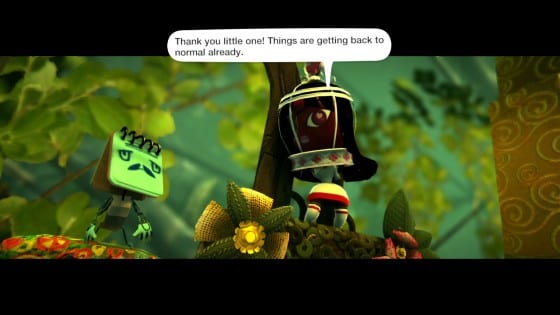 Blast: One look at the user created levels for the original LittleBigPlanet and you’re sure to see homage’s and tributes to other games and media. Why do you suppose these have survived in LBP when other game’s that feature user created content have been forced to ban these references?

DS: We’ve been pleasantly surprised by how willing other developers and IP holders have been to have their games, films, and music recreated in LBP. I think that this is in part because of how remarkably friendly our community is! These homages are really driven by love, as opposed to any sort of cynicism. So they perhaps act as a form of marketing. In LBP, the homages tend to be much shorter than the games they imitate and have a distinctive LBP look that reminds you that you’re still in the LBP universe. With LBP2, the homages are becoming immensely more sophisticated while still generally retaining a lot of the LBP look and feel.

Blast: Along with Killzone, LittleBigPlanet is one of the first of Sony’s major franchises to incorporate Move control. How easy was it to integrate this technology into the game, how does it add to the LittleBigPlanet experience?

DS: It’s something that we’re still working on! While there is a demo of this technology on the LBP2 Blu-ray, we are still tweaking it. Being able to use the Move to control a cursor unlocks or greatly improves a variety of game genres that typically would rely on a mouse. Of course, there are many types of gameplay that don’t naturally map to these sorts of controls, so it’s a case of exploring the new types of gameplay which this controller is uniquely suited for. Of course, this is a new technology so we (in the games industry) are still discovering all the possibilities about what things it’s really good for and what sort of gameplay needs completely rethinking to fit a Move controller. Ultimately, our community is going to be very active in discovering the best ways to use Move for new types of gameplay. I would love to see some of our community Creators come up with novel uses for Move that are then ‘borrowed’ by commercial games.