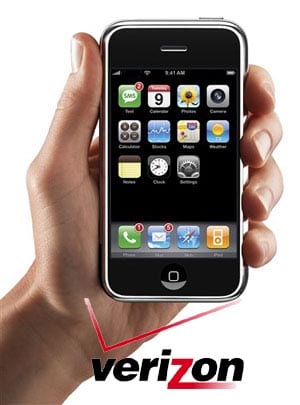 Rumors have been circulating this week that Verizon will finally announce that they will carry the Apple iPhone at a press conference this Tuesday in New York.

According to a number of sources, including Fortune, The New York Times and the Wall Street Journal, the cell-phone giant has been  discreetly handing out red envelopes containing invites to a press conference this Tuesday at 11 a.m. EST at Frederick P. Rose Hall at Lincoln Center. The invitation doesn’t offer much more info, save for the fact that Verizon President and COO Lowell McAdam will host the event.

So how does that translate into “Verizon’s getting the iPhone?” Rumors have been circulating since last year that America’s largest network would be getting the incredibly popular phone on the heels of a Wallstreet Journal article saying that Apple had issued a late 2010 production start for iPhones capable of running on Verizon’s CDMA (Code Division Multiple Access) network.

The phone is expected to go on sale next month for Verizon customers, stick with Blastmagazine.com for more in the coming week.