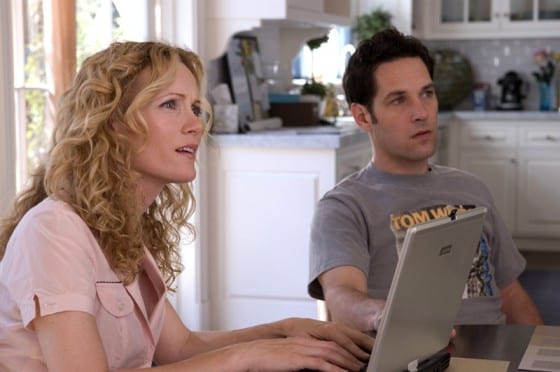 Universal Pictures has announced the commissioning of a “Knocked Up” spin-off, focusing on the characters played by Paul Rudd and Leslie Mann in the first film, a 2007 box office and critical hit.

Rudd and Mann played Pete and Debbie, the latter of whom was the sister of the film’s main character Alison, the one of the titular “Knocked Up.”

Rudd and Mann were well received for there roles; for Rudd it was the most high profile in a string of well received roles, leading to his recent emergence as a comedy leading man.

Universal hopes to get the film underway soon to meet a June 1, 2012 release date, five years to the day after “Knocked Up.”

Back in 2007, “Knocked Up” was one of the highest grossing films of the summer with nearly $150 million domestically, and $220 million worldwide, the most successful film by Judd Apatow.

The film currently is untitled; it will be the fourth film written and directed by Judd Apatow.