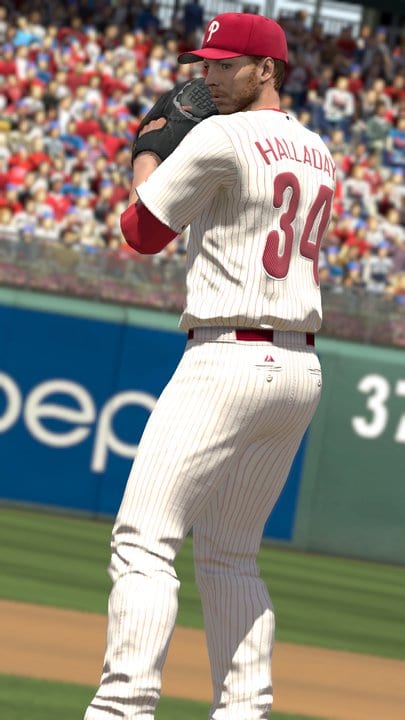 Are you good at sports, but you know — not really good at sports? Could you pitch a no-no in MLB 2k11 before anyone else? Here’s hoping you can as 2K Sports has announced that they will once again offer a cool million dollars to the first gamer to pitch a no-hitter when the game launches in March.

“I don’t know if we’re smart or just insane,” said Jason Argent, the vice president of marketing for 2K Sports. “The million-dollar bounty’s back. I just walked out of a meeting with our chief financial officer; budgeting for this sort of thing is a bit of a challenge when you can’t say exactly when you’re going to pay it.”

Now, before you go off and think you’re going top use your crappy little brother to scheme out a no hitter, you should know that there’s a pretty steep list of qualifiers here. The feat will have to be accomplished in the game’s MLB Today mode, which matches the on-field lineup for each of that day’s games of the actual MLB schedule. Record a no hitter, and you’re a million dollars richer (if you follow some legal mumbo jumbo that can be found on the company’s website).

If this year’s contest is anything like last year’s, you’re going to need to get an early start — the prize was awarded on the day of the game’s release.